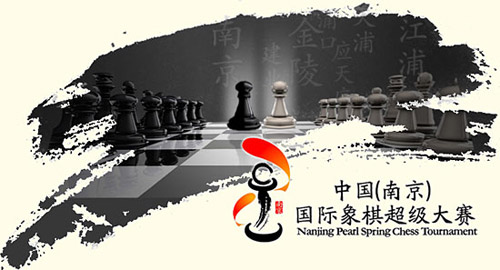 While Viswanathan Anand (India), Magnus Carlsen (Norway) and Veselin Topalov (Bulgaria) have played in a number of tournaments together, the Nanjing International will be the first recorded tournament where three players with 2800 FIDE ratings will compete. This tournament is in its third edition and features six strong Grandmasters. Rounding out the field will be Wang Yue (China), Vugar Gashimov (Azerbaijan) and Etienne Bacrot (France).

The tournament will be held from October 19th to October 30th in Nanjing, China. It will be a 10-round double round-robin event. Round one will start tomorrow.