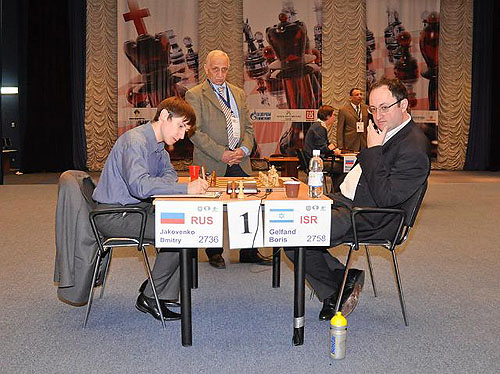 Dmitri Jakovenko vs. Boris Gelfand… will the veteran hold off the young lion?

The 2009 FIDE World Cup gets serious. Eight 2700-rated players will vie for a chance at qualifying for the World Championship cycle. The balance of power lies in the former Soviet-bloc players with Boris Gelfand, originally of Belarus, playing for Israel. These match-ups will be competitive, but in such a short match anything is liable to happen. One thing is for sure… the upsets seen will give way to evenly-paired matches. 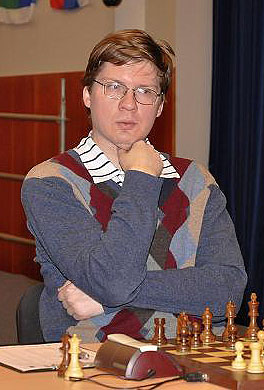 Gelfand has been playing solidly, but Dmitri Jakovenko has been played with a lot of energy and may have enough momentum to get him to the semi-finals. Sergey Karjakin is in form and could be the darkhouse to win the entire tournament. Ruslan Ponomariov is another player who may be sneaking under the radar. He faces a motivated, but shaky Vugar Gashimov. The Azeri player has dodged several bullets this tournament. Svidler-Malakhov is and interesting battle, but Vladimir Malakhov (left) seems in some of the best form of his life.