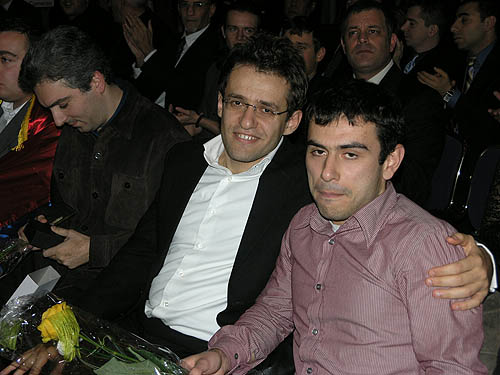 I was glad to see Gata Kamsky get this nice win over Veselin Topalov after losing the blindfold. Kamsky came in second in rapid, but last in blindfold.

In the last round, Anand had two knights against Wang Yue’s pawn, but could not convert the textbook win. What an exciting game which featured a piece sack by the Chinese player and stern defense by the World Champion.

Chessvibes had excellent coverage of the events.