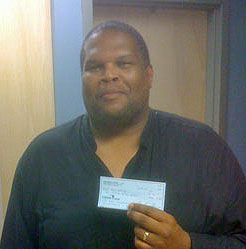 The 2009 Louisiana G/30 Championship was held on Saturday, March 14 at the Baton Rouge Bridge Center. Thirty-four players attended to make this the largest G/30 event in recent history.

Rene Phillips swept with a perfect 5/5 score and an incredible 2518 performance rating to become the new Louisiana G/30 Champion. In the final round, Phillips unsheathed his feared London Attack with the white pieces and defeated Adam Caveney to clinch the victory. Phillips is a noted player and chess coach in the New Orleans area; his website, The Chess Gym, provides training and lessons for players of all strengths.

Note: Thanks to all of those who sent this report!