The Rise of the “Asian Dragons,” Part 2 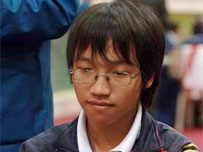 No… this is not an article about the southeast Asian economies (e.g., Singapore, Hong Kong, South Korea and Taiwan). It is an article about the rise of chess in the Asian region. Over the last 20 years, Asian has begun to assert itself and is producing a massive wave of talent. This talent will certainly produce a dominating presence in international circuit.

Seven years ago, we ran an article about the rise of China and India. Well besides these two nations leading the charge, Vietnam and the Philippines are in tow. With Russian dominance fading and Asia rising, sheer numbers and inertia will create a new renaissance and the chess world will shall be transformed in the next 10-20 years.