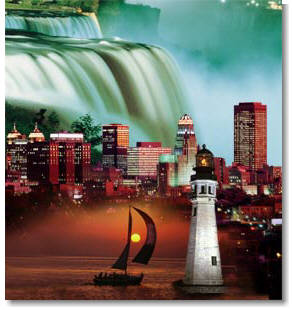 One unique feature of people from Buffalo is that practically everyone in the city has visited at least one foreign country. Sharing both a border with Canada and the famous Niagara Falls, it is logical that Buffalo would seek partnership in many endeavors. One happens to be chess.

The Kellogg Leadership for Community Change (KLCC) and the Archangel Chess Academy is hosting a series of Grand Prix summer tournaments. Having just come off the debut last weekend, the organization has planned a four-round, game/45 Grand Prix tournament for August 16th. Local Master Lionel Davis is set to play.

In the following week on the 23rd-24th the Grand Prix will have IMs Brian Hartmann and Dr. Kenneth Regan from Canada for a five-round 40/2 format. There will also be prizes for the scholastic sections. More details can be found by downloading the flyers for August 16th and August 23rd.

Ever thought about becoming a Grandmaster?