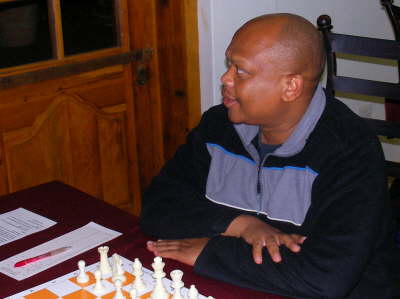 The “African Lion” IM Watu Kobese won the South African Open with a staggering 9.5/11 (+8). At one stage he had eight wins in a row and was only cooled by a draw to IM Thomas Rendle. IM Kenny Solomon came in second on 9/11 with losses to Kobese and Rendle. See Results