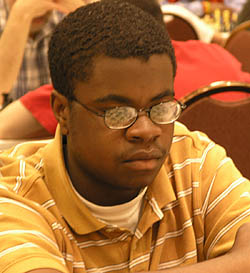 At chess tournaments you meet some interesting people from all walks of life. One of the most intriguing segments of the international chess community is the scholastic players. I enjoy interacting with up-and-coming players and seeing potential developing over time. I suppose that explains my role as a professor. 🙂

One young man whose progress I have enjoyed watching is Kayin Barclay. I remember him as a 12-year old who took the field by storm at the 2003 Chicago Open by nearly winning the “B” section amidst controversy. I got a chance to interview him at the 2008 Chicago Open and not only is he a promising chess player, but he is a young man of character, has wonderful parents and come fall, he will go off to college and officially be a “Morehouse Man.”

I remember hearing about Kayin at Beasley through Tom Fineberg, a person who many former Chicago scholastic players (myself included) are indebted. A standout at Whitney Young H.S., the two-time Illinois Denker representative has a composed demeanor and a sense of humility despite his good-natured chess trash-talking. Closing in on the National Master title, Kayin will leave Chicago as one of the most talented players to come out of the area.

Listen to interview with Kayin Barclay. 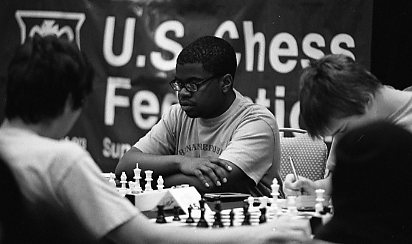