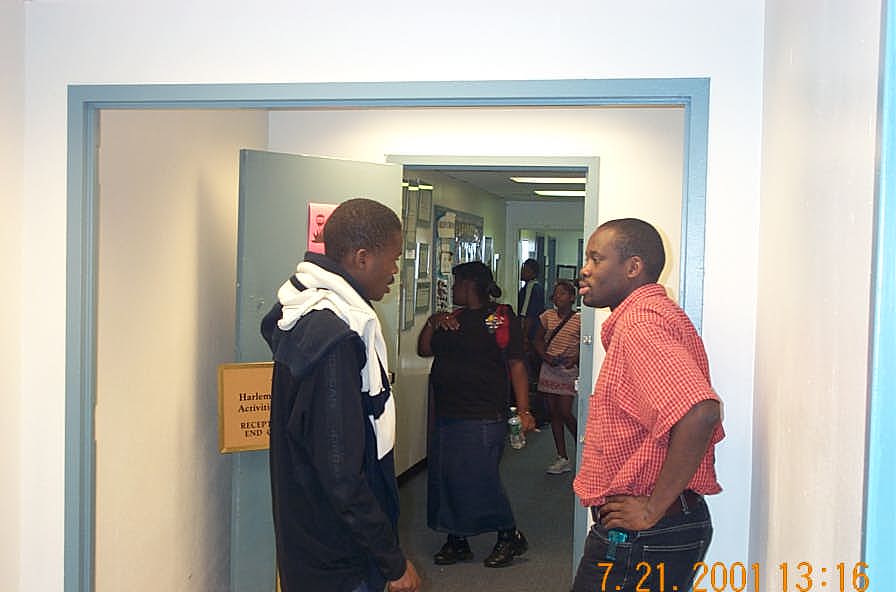 Pre-game analysis: Play resumes after the rest day taken on the 20th. Solomon needs a win to keep his IM norm hopes alive, so a draw won’t do. Colding is still looking for his first win, so both have a bit at stake. Look for an exciting encounter. Morrison is also in the hunt for an IM norm and perhaps has best chance out of those vying for IM norm (besides Muhammad’s inevitable norm). Morrison has been uncharacteristically stuck in “draw mode,” drawing all except one game. He will need to take more chances and play down to the last pawn even in roughly equal positions. Morrison earned his second IM norm by scoring the needed 2.5 points in the last three rounds and will have an opponent who doesn’t want to have four bad results in a row. Look for an exciting Sicilian and a decisive finish! Kobese-Muhammad features two of the leaders of the tournament. Kobese is certainly a fighter, but Muhammad will be looking to nick him for at least a half point. He would have two more rounds to get the other half point for the IM norm. Look for a lot of maneuvering, prodding, and juking. . . either the game will explode, or end in a positional draw. Rogers-Schleifer will feature some fireworks. Rogers hasn’t really played the type of game he likes to play, but look for him to apply some pressure to keep his norm hopes alive. Rogers has the toughest road to a norm because he has yet to play the three IMs in the tournament. However, Rogers seems to feast on IMs. . . or at least he has in the last year. 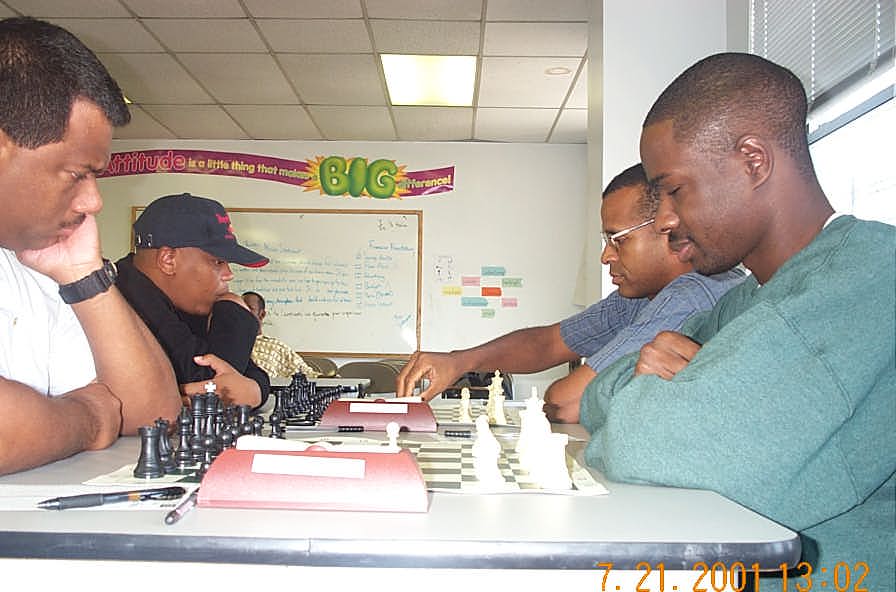 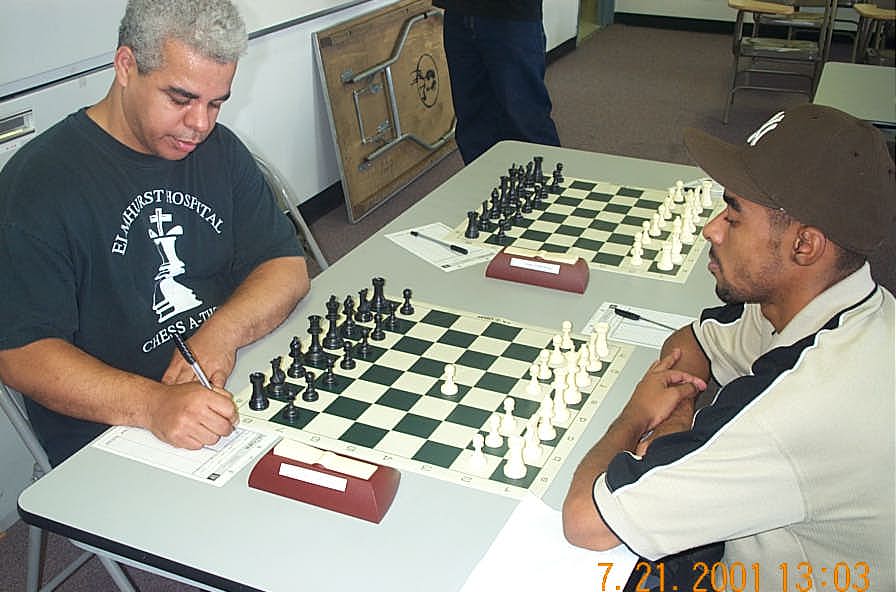 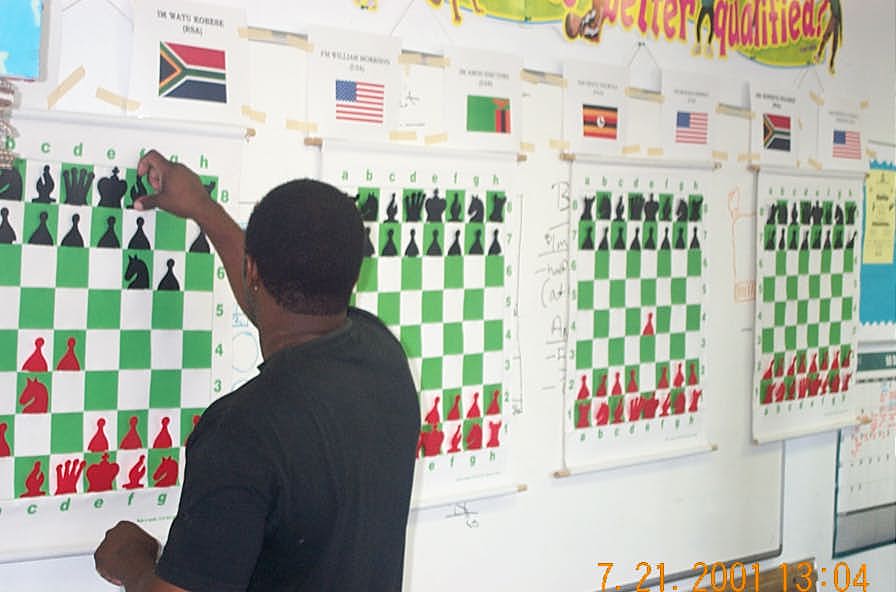 Post-mortem analysis: The biggest story of the round is FM Muhammad’s victory and his first IM norm. In this game, Muhammad played the Samisch attack and Kobese opted for the less active 6. . . Nbd7, but got a solid position. In the middlegame, Kobese decided to trade off his dark-squared bishop and paid the price of kingside stability. After the pressure mounted, Kobese was forced to donate a pawn for activity, but Muhammad just continued to consolidate. Kobese’s position deteriorated and eventually had to resign after white developed steamroller pawns on the kingside. So it was. . . FM Muhammad who earned his first IM norm!

A couple of disastrous games took place in both Rogers-Schleifer and Nsubuga-Simpson. The loser in each game lost miserably to the move, NXKB2! If Rogers beats the two other IMs, he will win his second norm in a month! Morrison-Simutowe was actually a very exciting game, but ended in a anti-climactic draw. Playing his usual slow, but solid g3 system, Morrison built up what seemed like a strong attack when Simutowe responded with the sharp 19. . . f5!? Morrison seemed lost for a plan, and agreed to a draw, but the spectators were buzzing in the analysis room about the strength of white’s attack. Morrison, who could ill afford a loss, played it safe and will go for wins against his last two opponents. Solomon needed a win to keep his norm chances alive and it seemed as if he would succeed. Solomon’s advantage seemed to lie in his king’s position and chances to possibly finesse the position. Colding hung tough and created dynamic equality. . . a perpetual draw ensued and dashed the hopes of FM Solomon for his first IM norm. Expect bigger and better things from this young star from the Cape province of South Africa.