Sixteen-year-old Saad Abobaker Elmi recently scored 7/11 in the World Youth Chess Championships in Romania after winning the Nordic Youth Championships. Of Somalian ancestry, his parents immigrated to Oslo, Norway where he took up chess at an early age. He recently came in second in the Norway Junior Championships and had a strong performance in Czech Open held in Pardubice, Czech Republic. He finished with a solid 5/9 gaining 112 rating points! 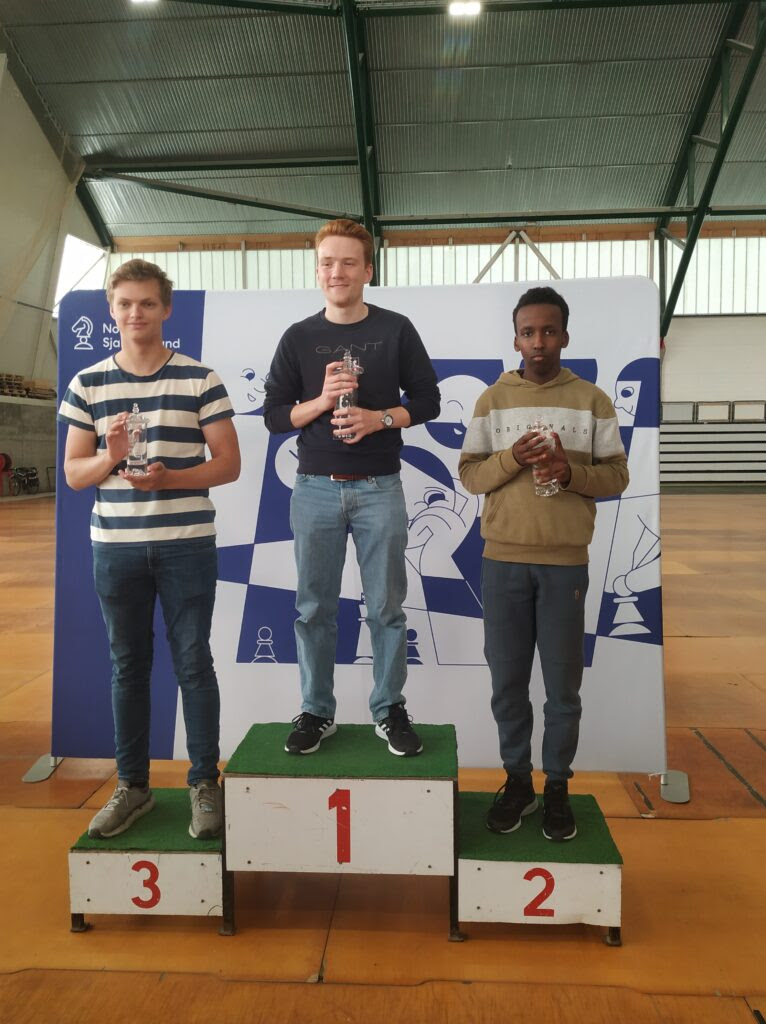 Elmi is part of Business Meets Chess & Kids, an initiative pioneered by GM Pontus Carlsson that matches up youth with business executives for potential sponsorship.

One of the challengers in the simul was the CEO of FERD, Morten Borge. According to Carlsson, FERD is also Sponsoring Saad and paying for his school fees so he can study at the Norwegian School of Elite Sports where he has GM Simen Agdestein as his teacher. Agdestein was also one of the first teachers of Magnus Carlsen. 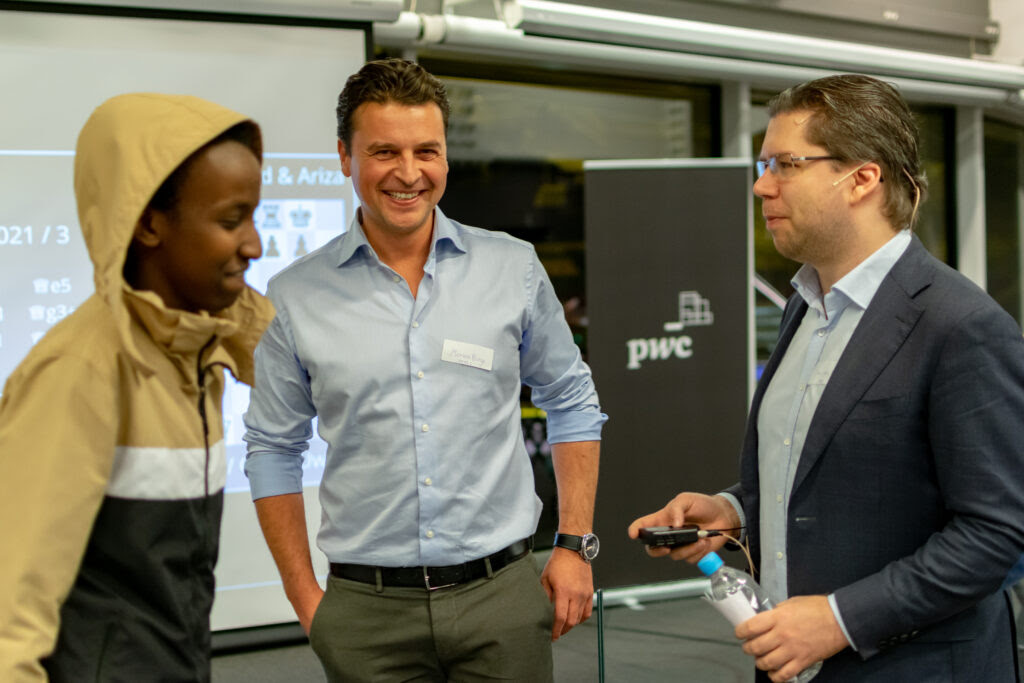 Saad with his mentor Morten Borge, CEO of FERD with GM Jon Ludvig Hammer on the right.

The Anatomy of Carlsen-Niemann cheating controversy