International Master Eugenio Campos is a long-time Olympian from Angola. Recently, he represented the country at the IPCA (International Physically Disabled Chess Association) tournament in Ashdod, Israel and placed a respectable 5/9. It is a tournament that he has participated in for the past decade. He has also represented his country in four Olympiad tournaments (1994, 1996, 1998, 2000).

Campos was part of a cadre of International Masters developing in the 90s with full support of the government. He led the Angolan team on top board in 1996 and 1998 and has shown that his disability does not hinder his passion for chess. In some cases of disabled chess players, it can even serve as a source of motivation. 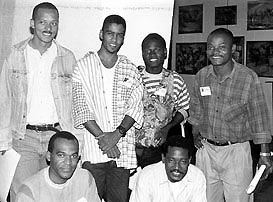 The IPCA (International Physically Disabled Chess Association) founded in 1992 in the Czech Republic and is an international body catering to the concerns of physically disabled chess players. The organization has 12 members: Austria, Croatia, Czech Republic, Finland, Germany, India, Israel, Kazakhstan, Poland, Russia, Slovakia and Ukraine. The IPCA is has been a FIDE affiliate since 1996 and has fielded open and women’s teams at Chess Olympiads starting in Bled 2002. The current president of the federation is Mrs. Svetlana Gerasimova, who is from Russia.

“Chess is an activity that creates equality among people. We sit at the same table to play chess. It’s important to get people closer each other through chess. Chess is a chance to fight discrimination,”

~EUGENIO CAMPOS AT IPCA TOURNAMENT IN 2012

Most IPCA championships so far have been held in East European countries. According to the FIDE press release:

The following is a game between the winner of the tournament and Campos. The Angolan missed his chance for a draw in R+K+B vs. R+K.