America is on fire once again. Another death of an unarmed man at the hand of police officers has evoked nationwide protests. In that aftermatch of numerous similar incidents, organizations are attempting to affect change to prevent these types of tragedies from recurring. Chicago’s David Heiser of Renaissance Knights Chess Foundation has launched one such plan in a city gripped by deadly police-citizen confrontations. Why has this become necessary?

Even though Chicago’s crime stats have improved over the past 13 months, the history of police shootings in Chicago have been startling. Decades ago the neighborhood officer was generally viewed as a friend and donned the name, “Officer Friendly.” This initiative was popular from the 60s to the 80s and some departments still maintain the program. I personally remember officers visiting my Oglesby Elementary classroom in Chicago. 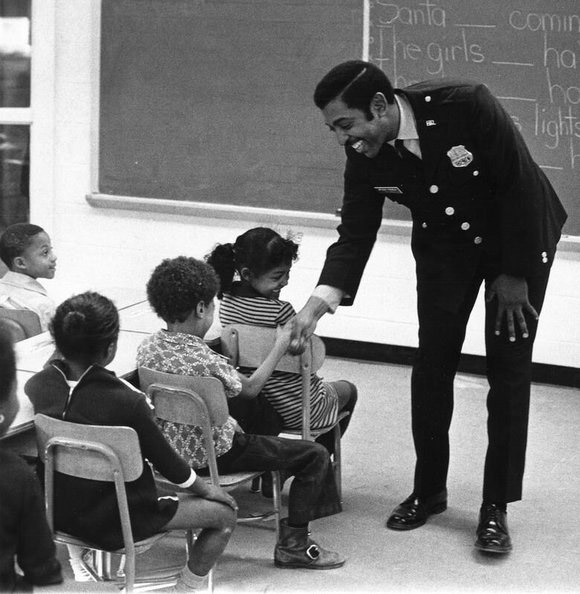 Each officer discussed what they did on a daily basis, offered words of encouragement about the importance of studying hard and safety tips. There were coloring books, a book club and other teaching guides. The officers were always pleasant and wore a smile. We always looked forward to the visit each year. It would be interesting to see the data on what impact the Officer Friendly program had. The relationship went sour somewhere along the way.

What happened to “Officer Friendly”?

Some believe that this initiative was a rebranding strategy to counter the negative image attributed to the officers during the turbulent 50s and 60s. In retrospect, the idea that those who stayed in school had fewer interactions with the criminal justice system has been examined in many studies. However, other important factors such as “racial profiling” have been found to play a role in a number of police confrontations going back many decades. This led to nationwide protests and gave birth to the #BlackLivesMatter movement. 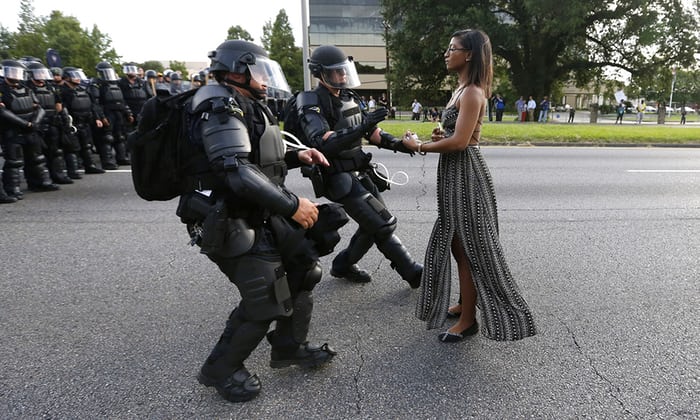 In many of the urban areas of America, there have been dozens of high-profile deaths involving police officers and unarmed citizens, particularly in the Black community. The list is too long to recount here, but the recent murder of Stephon Clark in Sacramento and the beating of Forrest Curry (for jaywalking in Texas) have reignited an issue. There are always two sides and some police officers have felt a need to show a different side. There are viral videos of police playing basketball, soccer and even showing off breakdancing moves. 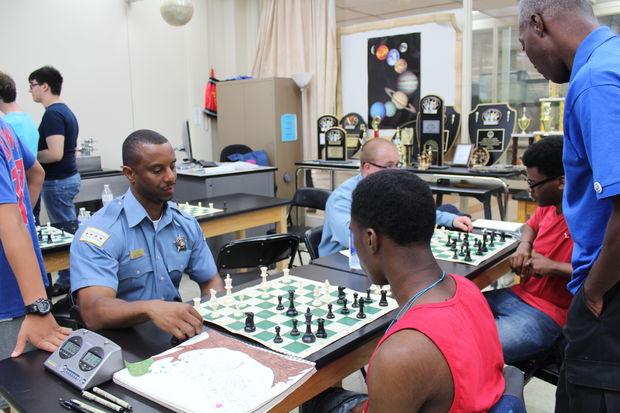 There are organizations seeking to create programs designed to reduce the tensions. Recently, The Chess Drum covered the story of Denise “Cookie” Bouldin, a Seattle police officer who has formed a chess organization and has involved her department in her activities.

“In chess, at the beginning of the game, you should actually be thinking about the end.”
~Sam Ford, Renaissance Knights Chess Foundation

More recently the Renaissance Knights Chess Foundation (David and his wife Sheila Heiser) has collaborated with Chicago Public Schools and the Chicago Police Department to form the “Cops & Kids Chess Initiative.” According to the brochure, the organization seeks to “increase positive relations between youth and police officers” and present the initiative “…as a year-round program that affords additional engagement opportunities to students from diverse communities across the city of Chicago to participate in vibrant chess programs.” 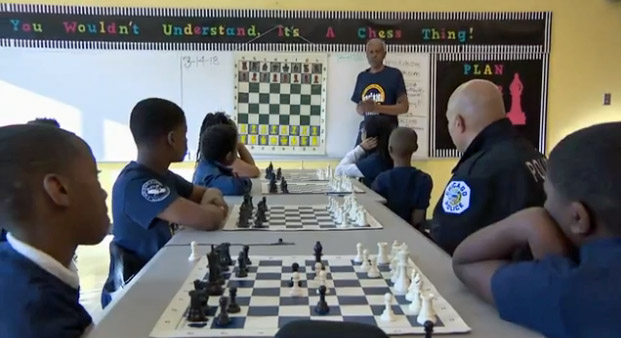 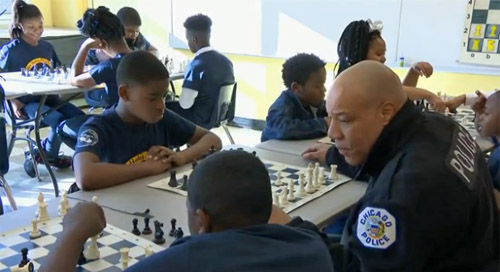 While such programs are not a panacea to the issues that face police departments and the justice system, it serves as a reminder that law enforcement should be a part of the community they serve and not an adversary. Many of the “bad cops” may not volunteer for “Cops & Kids Initiative,” but if the “good cops” are involved, maybe they can effect change.

In addition, chess may effect change in the decisions our children are making. It has been used as a learning aid for children, a bridge-builder between alienated groups and a rehabilitation tool for those behavioral issues. It is ironic that chess has popularity in two major institutions, schools and prisons. Of course, we would rather our children learn chess and make better decisions before they have any interaction with the police.