Friday, the 16th January, 2015 will be remembered forever in the annals of Jamaica’s sports history. On the occasion of Jamaica’s Annual Sportswoman and Sportsman of the Year awards at the Jamaica Pegasus Hotel on a beautiful Kingston evening, further indelible memories were created.

This was a night when the fantastic world record swimmer Alia Atkinson won the Sportswoman of the year award remarking in her acceptance speech that Jamaica now had the fastest people “on land and in the water”! Dahlia Harris, a popular media personality and one of the masters of ceremony for the evening, quipped that the air was next!

It was a night when boxer Nicholas “The Axeman” Walters, the World Boxing Association Featherweight Champion, won the Sportsman of the year award for his great exploits in the ring including being credited with the knock-out of the year by Fightnews.com.

It was a night when Donald “Don Q” Quarrie, the magnificent sprinter, many-time gold medalist at the Olympics, Commonwealth and Pan-American Games and forerunner to Usain Bolt, was given the “Iconic Award” for his sterling contribution to Jamaica’s rich sporting legacy.

In spite of all of the above, and the riveting acceptance speeches by the winners, what sent thrills down my spine was the mention of “Chess” for the first time as a category award. This, of course, delighted many, especially those in the chess fraternity.

The awards commenced in 1961 prior to Jamaica’s independence and after fifty-four (54) long years Chess, once the game of kings but now the “king of games”, took a quantum leap forward in Jamaica. On this landmark night, two of its best regional exponents, WIM Deborah Richards-Porter and FM Damion Davy strode forward proudly to accept the “maiden” awards for female chess player of the year and male chess player of the year, respectively, from recording artiste Orville “Shaggy” Burrell. 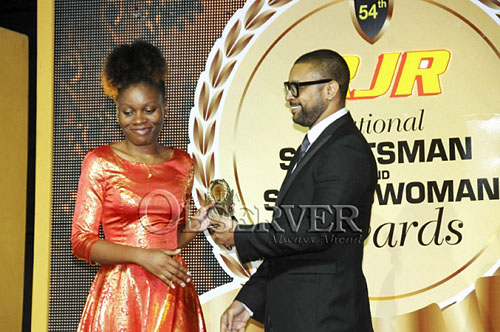 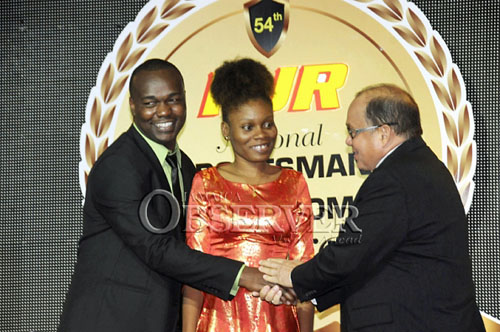 The RJR Sports Foundation and the members of the Selection Committee responsible for the historic decision to include Chess in the Jamaica’s chief annual sports awards must be applauded. To paraphrase Cuba Gooding Jr. in Jerry McGuire – you certainly took some time but to your credit you eventually came around!

The founding fathers of the Jamaica Chess Federation (“JCF”), pioneers such as Enos Grant, John Powell and William Roper, all of blessed memory, and Frederick Cameron must have felt great to see the excellent fruits of their labour! A postscript – At one point in the proceedings I was certain that I saw Caissa, the beautiful and sagacious goddess of chess, winking at me from the ceiling!

Mrs. Deborah Richards-Porter, a Wolmer’s Girls alumnus, has been Jamaica’s best female player since winning the first of her ten (10) consecutive national women’s titles in 2002.

In the 2006 World Chess Olympiad in Turin, Italy she obtained the Woman Fide Master (“WFM”) title becoming the first female from the English-speaking Caribbean to do so. In February, 2014 she finished third at the Sub-Zonals (a women’s world Championship qualifier) in Suriname to earn the Woman International Master (“WIM”) title, another first for a female from the English-speaking Caribbean.

At the Olympiad in Tromso, Norway in August, she played all eleven rounds on the top board for Jamaica, finishing with a team high 7 of 11 points, including excellent draws against women grandmasters.

She completed a remarkable 2014 by placing third in the Challengers section of the UMADA Cup in Guyana in November.

Damion Davy, a Camperdown High School alumnus, had a great year dominating the local Chess scene with victory after victory in the Open tournaments. 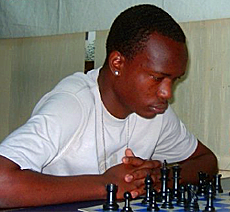 After becoming the first Jamaican player to win three consecutive national titles (2011-2013), he cemented his status as Jamaica’s best active player with a sterling performance in the World Chess Olympiad in Tromso, Norway in August, 2014.

Davy scored 6/10 on Jamaica’s top board in Norway, including magnificent displays against Grandmasters, leading the way for his country. For his Olympiad performance he was awarded the FIDE Master (“FM”) title by the World Chess Federation (“FIDE”).