CM Patrick Kawuma excelled to lead with 8.5 points out of 11 as he was joined by FM Harold Wanyama (8 points), debutante Mathias Ssonko (7.5 points) and Arthur Ssegwanyi (7.5 points) to form Uganda’s National Chess team that will also have IM Elijah Emojong.

The highly competitive Qualifiers that ended on Sunday 11 May 2014 at Pope Paul Memorial Hotel saw early pace setters Raphael Buti and Haruna Nsubuga narrowly miss out on the much coveted places after splendid performances especially from Buti who went down fighting in the last two rounds that he drew.

Ssonko (rated 2026) is the only player on the team that has not played at the Olympiad before. The other players including Kawuma (2251), Emojong (2310), Wanyama (2217) and Ssegwanyi (2281) are fairly experienced and should provide him with the necessary cover. 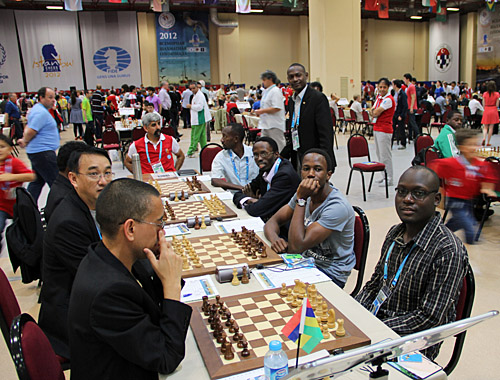