In a week’s time, the “Match of the Century” will take place between defending World Champion Viswanathan Anand and Magnus Carlsen. This match could represent the battle of generations, but many are not so sure that it will result in the passing of the torch.

Anand has an excellent chance to retain the title and has a number of advantages. The most obvious may be the fact that the match is in his home city of Chennai. The most important advantage may be his experience in match play. Carlsen has played zero matches and has frankly avoided the format. However, he has been dominant in tournament play winning the majority of his last eleven tournaments. 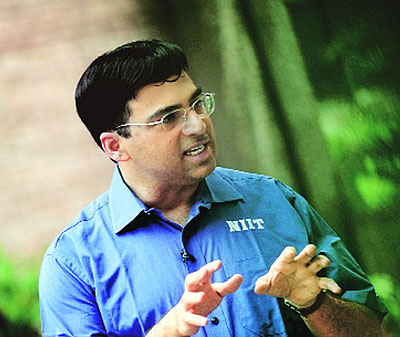 Is Carlsen ready for the snarling Tiger from Chennai? 🙂

This match could bring media attention to chess not seen since the famous Fischer-Spassky match in 1972. In this match, you have a young challenger against a well-entrenched champion who has defended his title three times against strong opposition. There is a lot of anticipation of Carlsen representing the face of chess. He has said before that being the top-rated player is more important than being World Champion and that Anand has simply held onto the title while he won tournaments.

I’m definitely the first number one in the world since Fischer, and probably at last since Kasparov, who probably has the most potential to dominate for the foreseeable future.

While the majority of chess fans and players believe that Carlsen will win the championship, another faction is not so sure. Former World Champion Garry Kasparov has gone on record to say that no one should write off Anand due to his extensive match experience. The match starts on November 7th and will end on the 28th.