The Chess Federation of Zambia wishes to advise that the 2013 Zambia Closed Invitational Chess Championships will be held at the Henry’s Courtyard in Mansa from Friday 29th March to 1st March 2013. (Foreign players will be invited) 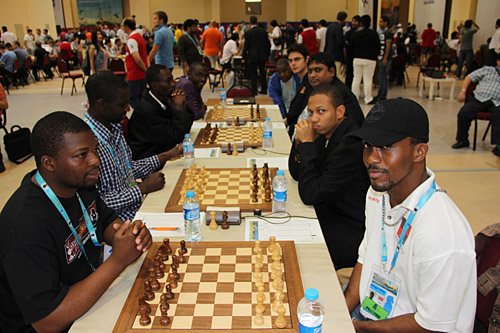 Zambia vs. Trinidad in the 2012 Chess Olympiad in Istanbul, Turkey.
Photo by Daaim Shabazz.