“It should be noted that current opening variations come and go, and the evaluation of certain positions change. But the value of knowing how to play endgames well remains constant.”

Here is a common ending that may look easy, but it has some subtleties. White is a pawn up, but one hasty move and black can hold! Can you find the winning variation for white? 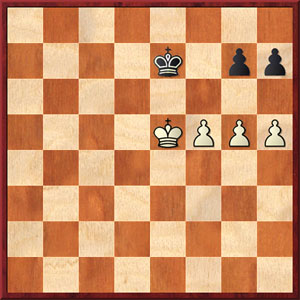 White to play and win!