In this game, Gelfand nursed a “symbolic” advantage but was unable to make much of it. Right before the first rest day, Anand and Gelfand scored another draw and will try to come up with a strategy to create greater winning chances. The games have had their moments and tension, but all except game three have ended without any real chances for a decisive result. 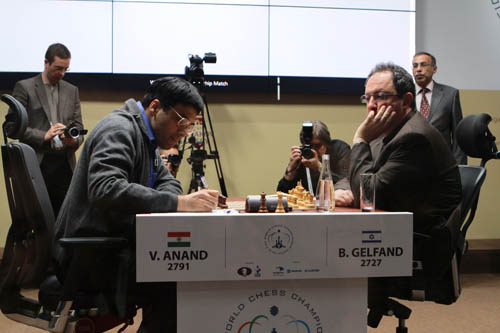 GM Daniel King has mentioned the “psychological nuances” of the match and indeed one can feel the tension. Perhaps this is in anticipation that a fight is coming. Steve Giddins has stirred up a bit of controversy criticizing the match. He put the blame on computer analysis which he says boils games to 15-20 moves of computer-aided theory and 4-5 more accurate moves and then a draw. He continues that chess is in its last days. (see article) 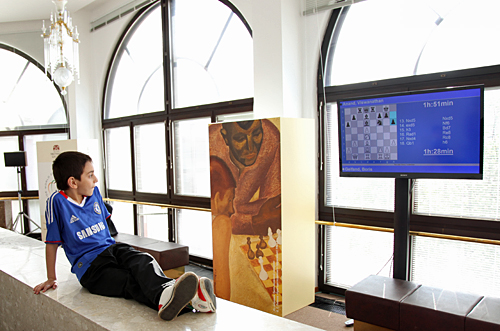 This boy finds a nice way to enjoy the artistry.
Photo by Anastasia Karlovich.

Whether we agree with Giddins’ assessment or not, we can agree that most of the games have have been rather short and some attribute this to the length of the match where losing a game can mean losing the match.