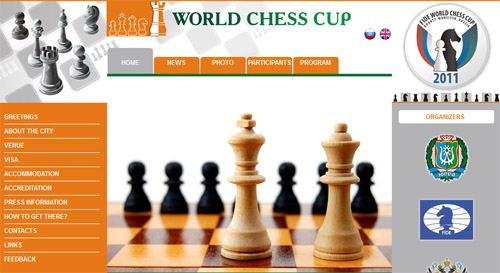 In a few weeks, Russia will host the FIDE World Cup beginning tomorrow with 128 players from around the world vying for a qualifying spot for the 2012 World Championship. The seven-round tournament will feature a knockout format with the winner continuing onto the next stage. Khanty-Mansiysk, the host of the 2010 Olympiad, will stage the tournament and more details can be found on the official website below.

Most of the top players will be present excluding Magnus Carlsen, Veselin Topalov and Hikaru Nakamura, but luminaries such as Sergey Karjakin, Vassily Ivanchuk and Teimour Radjabov will be battling. Last year winner Boris Gelfand qualified for the Candidates matches and will face World Champion Viswanathan Anand in 2012, but this year there will be three qualifiers from the 2011 World Cup. On another note, GM Vladimir Akopian will withdraw due to suffering a broken leg.

Many young GMs will dot the field such as the America’s Ray Robson and Peru’s Jorge Cori. Look for some upsets early on as several IMs will be looking to make history. Zimbabwean International Master Robert Gwaze will be looking to gain the spotlight he earned back in 2002 when he won an Olympiad gold medal. Canadian IM Eric Hansen will also make his debut.

World women’s champion GM Hou Yifan was originally paired to face GM Judit Polgar, but the pairings were adjusted and it is doubtful that the two will meet. Look for a few upsets and the balance of power is rapidly changing. Asian players will certainly be a threat to go deep into the tournament. 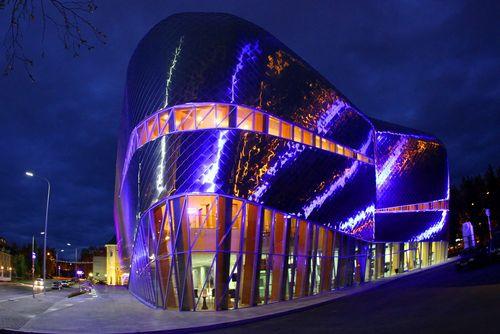