GM Dmitri Reinderman arrived in Kenya on yesterday to give a chess clinic including lectures and exhibitions. He held a simultaneous exhibition of 35 players and today is holding a blindfold session. It will be the first time a Grandmaster has visited Kenya since Nigel Short’s visit in 2005, but the first training session since John Emms in 1990. 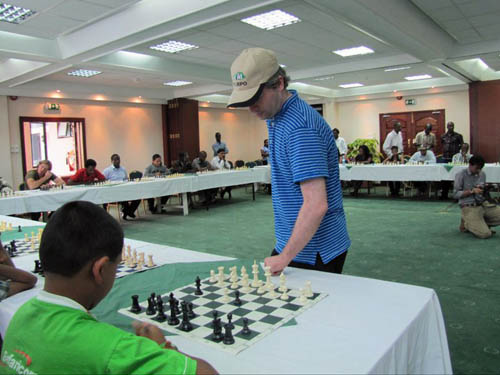 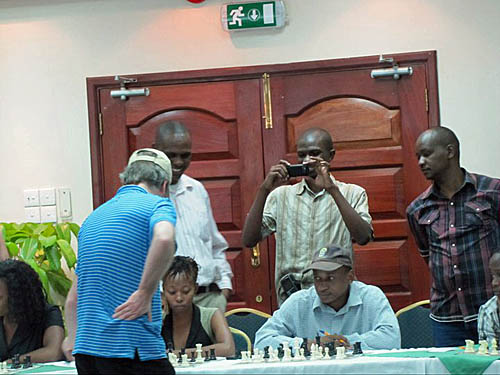 The grandmaster clinic is part of a process by Nairobi Chess Club to revamp and reinvent the chess scene in Kenya. This year alone we have organized a regional league, several blitz championships and our members have supported other clubs in organizing various chess events. Next year we plan to send some top Kenya players out for international tournaments in Europe or Asia,” said Nairobi chess club Chairman Kim Bhari.

Africa is one of the regions in the world where chess has not bloomed fully, but in the past year, a number of GMs (including World Champion Viswanathan Anand) have visited the massive continent. This trickle will hopefully turn into a steady stream as Africans attempt to replicate successes seen in other developing regions. One of the problems seen in Africa is poor opportunities for strong tournaments.

When GMs are comfortable visiting Africa and when the conditions are proper, then there will be more opportunities for IM/GM norms and Africans will not have to face the crushing debt of travel and expenses to get experience. This can give the continent a boost and help to harness talent that is underdeveloped. 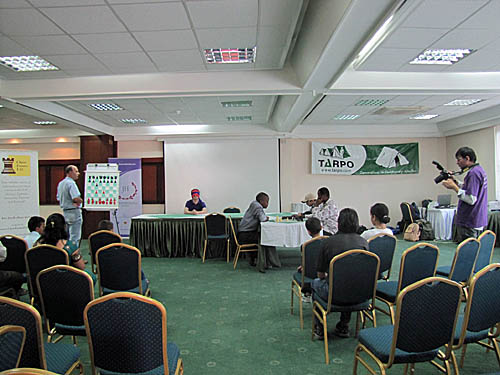