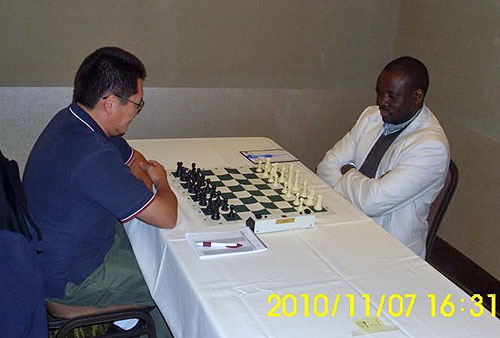 IM Oladapo Adu had a succcessful month which included joint first place finishes at the LPO Chess Open and the North Virginia Open. In the most recent tournament in Virginia he tallied 5/5 and tied with FM Anton Del Mundo. The Nigerian national scored an important win against IM Enkhbat Tegshsuren in the final round to finish with a perfect score. His next tournament will be the National Congress in Philadelphia.

11 Responses to “Adu gets joint 1st in N. Virginia”