Namibia is excited to be participating in the 39th Olympiad and have assembled their delegation to make the long trip to Khanty-Mansiysk, Russia. The event will take place from 20 September to 4 October and the Namibian side will be sporting their beautiful colors with immense pride. 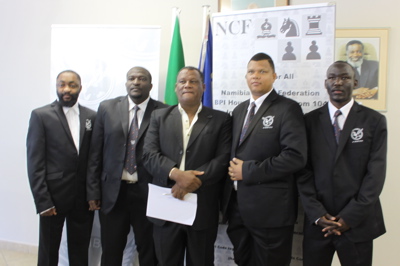 Max Nitzborn, President of the Namibia Chess Federation (NCF) said that it was the first time that a team was leaving the country to compete with official national colours. 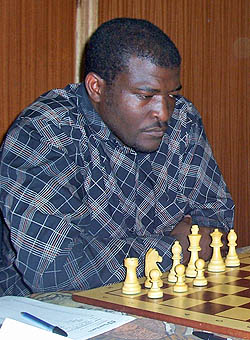 Making their eighth Olympiad appearance, the team has a mix of veterans and those making their debuts. Namibia will go in ranked 151st from 157 teams, and will play in the Category 5/E. Their aim is to get medals within their team category. Eichab asserted,

“We have the capacity to top the category we are in which has between 30 to 40 countries competing. Last time we missed out on the category gold medal by just one point in Dresden.”

Adeyemi chats with Drum on Olympiad