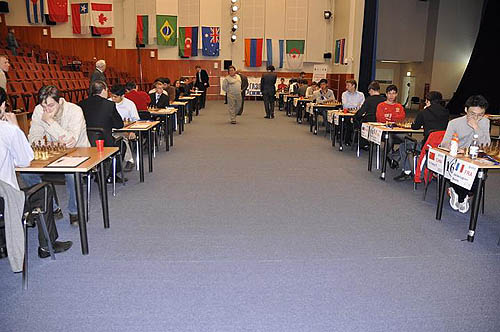 Pivotal Round today in Siberia. Boris Gelfand will try to hold onto the board #1 position against Judit Polgar in what may be the marquee matchup of round #3. A deep field means that Polgar is the #32 ranked player at 2695 ELO. Wesley So is playing above his grade and will have a tough matchup in Gata Kamsky, the lone American survivor.

The overachieving Chinese will try to make it to the “Sweet Sixteen” and then advance to the quarterfinals. Li Chao and Yu Yangyi have shined in their respective debuts. Both Azerbaijan and France still have half of their of entrants in the mix (2/4). Both nations have reasonable chances of making it to the finals… Vugar Gashimov and Shahkiyar Mamedyarov for Azerbaijan and Etienne Bacrot and Maxime Vachier-Lagrave from France.