The students were looking very sharp and were determined to beat the freshman from Morehouse College. Two were successful and two players held Barclay to a draw for a 26-2-2 score. There were some interesting positions and Barclay wiggled his way out of more than one losing position.

The DCCC will hold their banquet at 6:00pm tonight at the Detroit Yacht Club which sits on Belle Isle, a scenic island on the river between Detroit and Canada. Tickets are $60.00 for adults and $25.00 for children. 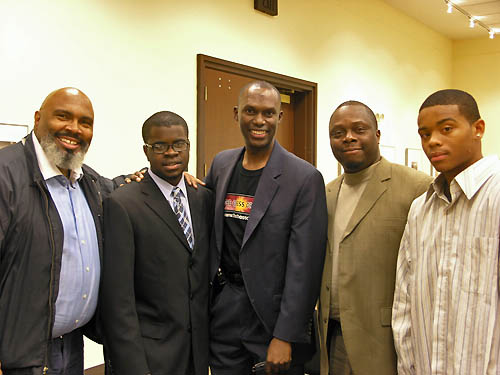