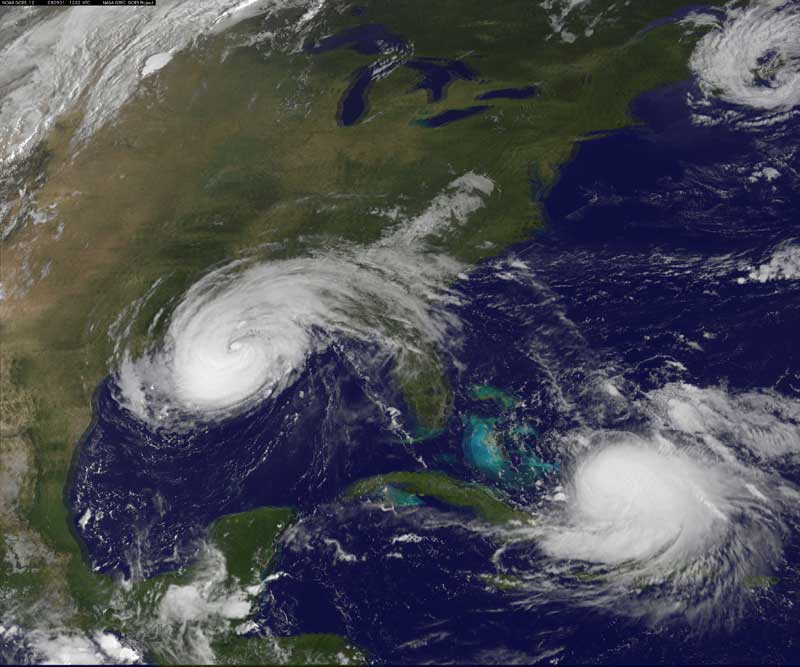 Just got off the phone with New Orleans native Rene Phillips who has fled his beloved city. Phillips experienced the wrath of Hurricane Katrina back in 2005 and recently moved back to New Orleans after temporary stints in Philadelphia and Atlanta. He spoke of the heart-warming welcome he received and resettled in the house he grew up in. Now he is on the run once again.

The hurricane is bearing down on the Gulf Coast and has traveled across Jamaica and Cuba and is scheduled for landfall on Monday. The hurricane is estimated to be 440 miles wide at last report with winds of 115-140mph. Jamaican chessplayer Mark Bowen told me about the storm and stated that there was extensive damage to the island but that there were no serious casualties.

New Orleans is in danger of losing hundreds of miles of coastline. Phillips told me that due to coastal erosion, the hurricanes maintain their power as opposed to losing momentum as in the past. The Louisiana State Chess Championship was being held this weekend so the latter rounds will be postponed.

Let’s hope for the best. Send your prayers.