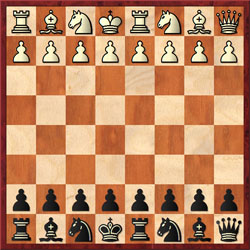 A story from Iceland’s Morgunbladid stated that Bobby Fischer desired one last match with Garry Kasparov and/or Viswanathan Anand. This is a very interesting development since Fischer has disassociated himself from the chess world since his 1992 match in Yugoslavia. In interviews, he stated that he would only play Fischer Random, but there was keen interest in a match with a top player.

The contest would have taken place in India which gave no doubt as to who his opponent would be. Fischer has developed a deep sensitivity to people of developing nations and perhaps had some admiration for the current World Champion, India’s Viswanathan Anand. Actually, Anand met with Fischer two years ago in Iceland and fondly recounted the conversation and the analysis of games with him.

Anand had been asked about a match with Fischer and expressed keen interest in the possibility. Neither match occurred due to Anand’s tournament schedule and Kasparov’s political campaign. Either match would have caused a euphoric, seismic reaction in the chess world. I wrote a story about the possibility of a Fischer-Kasparov match some time ago after the idea was tossed around. (read story)