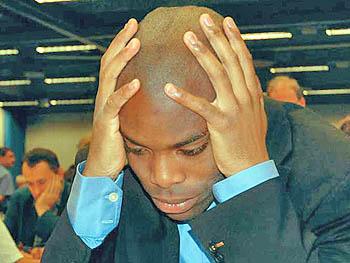 Pontus Carlsson told The Chess Drum in a recent interview that he was slated to play in Corus Wijk aan Zee 2008 C-Group 11th-27th January 2008. This will be his inaugural visit to the prestigious tournament. The field will include (title, name, federation, birthyear, FIDE rating):

Running concurrently are Corus A (average ELO: 2742) and Corus B (average ELO: 2618). All eyes will be on Hou Yifan, the 13-year old Chinese sensation playing in Corus B.

26 Responses to “Pontus Carlsson to play in Corus C”