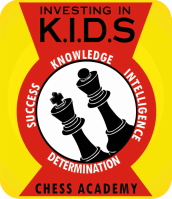 Kids are full of boundless joy. They frolic from activity to activity allowing their creativity to take them into imaginary worlds and multidimensional paradises where they are happy and carefree. In the past 10-20 years, things have changed and now children can find their enjoyment in exploring alternate universes and even traversing the globe via computer games, virtual reality and even online alter-egos.

One activity that has grown in popularity among children is our game of chess. Interest has exploded and the Internet has been a fertile ground for this kind of exploration that children are so fond of. Many country chess federations have implemented the idea of “Chess-in-Schools” requiring each student to learn the royal game.

In Trinidad and Tobago, one initiative is called “K.I.D.S Chess.” While touting the same venerable qualities that chess is known for, this organization has a higher social cause. K.I.D.S hosted the first event in 2011. 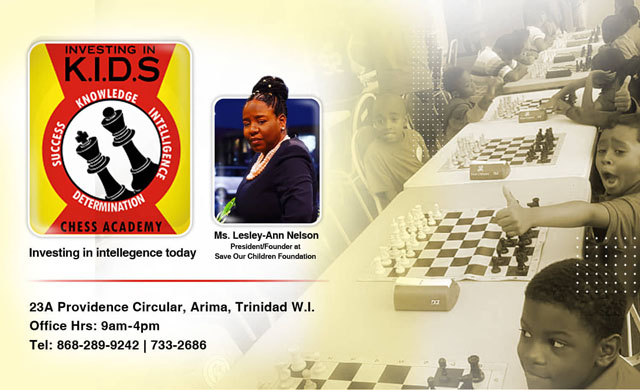 K.I.D.S Chess Academy was founded by Lesley-Ann Nelson after she realized the benefits of the game. On the organization website, she states:

“From my 10 plus years of experience, I discovered that chess can help children of all ages do better in school as well as develop many important life skills. Research around the world has supported my belief. Countless studies have shown that chess can help develop critical and strategic thinking that can be used in other areas of a child’s life, academics and social situations. According to research, test scores improved by 17.3% for students regularly engaged in chess classes, compared with only 4.6% for children participating in other forms of enriched activities.”

Nelson was inspired in part by the activities of her nephew Ronnie “RJ” Nelson who received national and international publicity as a youth. RJ is now one of the teachers! 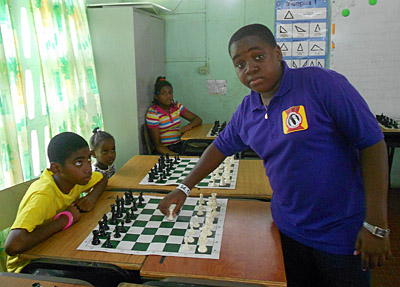 Nelson founded the umbrella organization, “Save Our Children” back in 2007 and was recently on a local station extolling the virtues of chess and the mission of her organization.