Today the 2016 Olympiad games will officially open with the Opening Ceremonies with 181 teams representing 176 countries. Many of these countries represent the best that each country has to offer. Within the last decade that generally meant a permanent balance of power tilting to Western Europe and North America. With the emergence of Asian powers China and India and strong players from various developing regions, the chess world is being transformed as the tools for chess improvement have become widespread. Other regions are soon to follow including Africa. 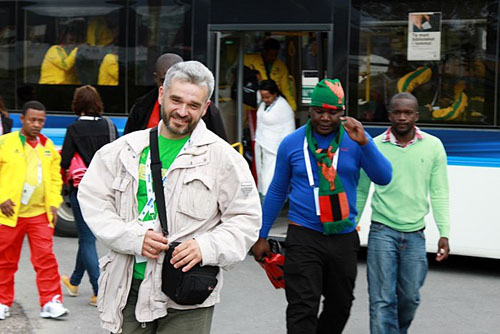 No longer can one rely on large analysis teams and the latest Chess Informants for an advantage. Any person can obtain powerful training software tools to study the latest trends. This means that players from around the world can play at stronger levels and the upsets are becoming increasingly common. Four years ago at the Istanbul Olympiad, I catalogued several instances.

On a continent of tremendous energy and creative expression, chess seems to be something made for Africans to excel at. On a continent with a long tradition of games like mancala, senet, senterej and it is no accident that chess had gained a following. In fact, Africa touts some of the finest players in the world in draughts with nine players in the top 50. So if Africans can become elite in so many games, why has the growth of chess not produced the same world-class players seen in draughts?

The truth is chess requires quite a bit more attention and training with its intricate nature. However, unlike draughts’ Francophone tradition in Africa, chess thrives mostly in Saharan region and English-speaking African nations. Chess has developed unevenly with some Russian influence in Angola and most recently investments made by the Kasparov Chess Foundation in several countries. However, the large continent suffer from lack of strong competition and poor sponsorship. What the countries lack in resources they make up for it in determination and serendipity. Amon Simutowe basically started his journey to becoming a Grandmaster by reading magazines his brother sent him from England and a few books. He never had a trainer, harnessed the few resources he had at his disposal and his immense talent carried him through. This is a common theme in African circles.

When African nations travel in numbers to the biennial Olympiad, they do not go as tourists (despite this perception), but as enthusiasts looking to improve. Olympiad tournaments have been where Africans have made an impression and an increasing number of first round upsets attest to this. One can often hear some apprehension when players face a top African federation sprinkled with a few titled players. There is no way of knowing how strong they are since many of their games do not appear in the database. 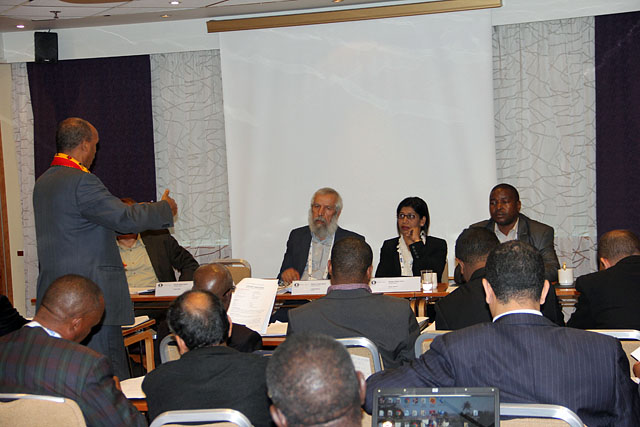 At 2014 Chess Olympiad, Africa played a pivotal role in the FIDE General Assembly sessions. It showed that will African countries will no longer sit idly while other nations execute their development agendas. Photo by Daaim Shabazz. 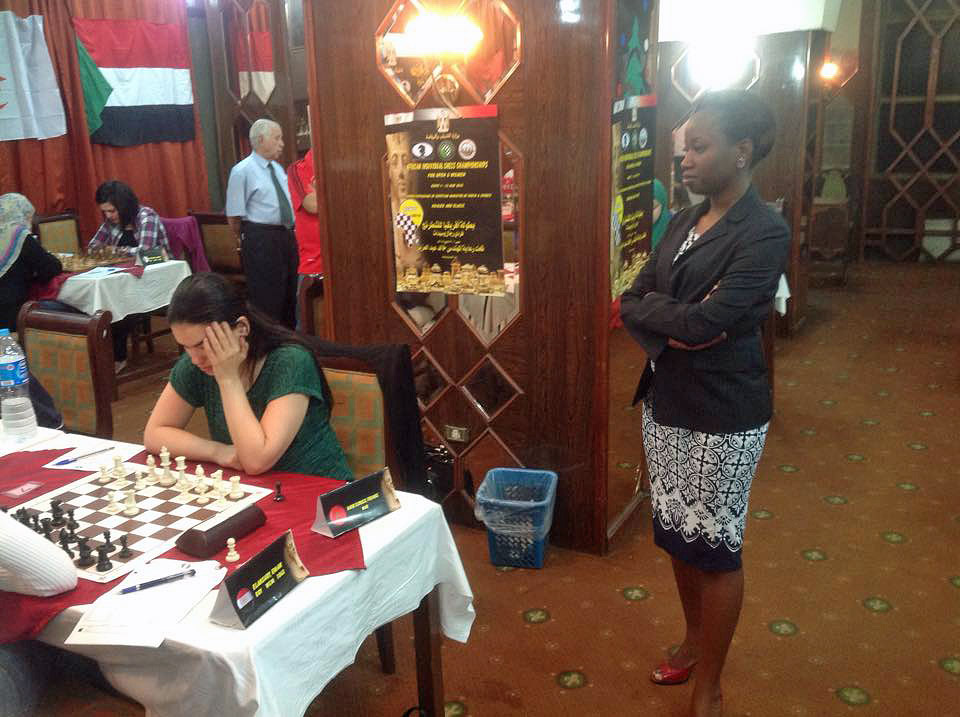 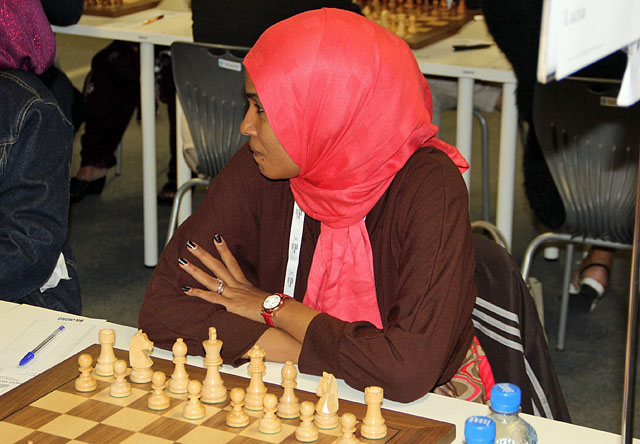 There are an increasing number of scalps taken by African players, but developing federations like Sudan hope to make a lasting impression. Photo by Daaim Shabazz.

South of the Sahara, Simutowe and players like IM Watu Kobese have been standard bearers for talent from humble beginnings. Today players even the smallest federations can have powerful 3200-strength trainers. If Asian countries are emerging, it goes without saying that other regions should also be improving incrementally.

So… the Olympiad is in the beautiful city of Baku. What should we look for from African countries? There are 40 federations registered from Africa from a continent of 54 nations. That is certainly evidence of growth and enthusiasm. Egypt is still the top African nation followed by Zambia (without three top players!) and South Africa. Egypt’s GM duo of Bassem Amin (2654) and Ahmed Adly (2603) are the continent’s top player, but Zambian sharks are often able to bite… very hard.

Despite not having GM Amon Simutowe, IM Daniel Jere, IM Stanley Chumfwa and IM Gillian Bwayla, Zambia’s FM Andrew Kayonde will carry the banner. South Africa has a number of veterans including GM Kenny Solomon who earned a double norm in Istanbul. If there is a team to pull off a number of upsets, it would be Nigeria. FM Bomo Kigigha has scored well in Olympiad tournaments, but look out for 19-year old FM Daniel Anwuli. He is certainly a quality talent. On the women’s side you have WGM Mona Khaled, but the one to watch is WFM Lorita Mwango. Very dangerous.

This tournament should be an interesting one for the African continent. It goes without saying that some of the most enthusiastic about chess are not the elite players and federations, it may be those who are still looking to make their marks. The Olympiad has been a stage of mixed blessings for African players and teams. Plenty of GM scalps, several medal and norm performances, yet some instances of heartbreak. Let’s hope that this Olympiad in Baku will be one that African countries can remember with fondness.