Gillian Bwalya probably became known to the world after his creditable 7/10 performance at the 2012 Olympiad netting him the FM title. Since then he has pocketed the IM title pending on his conferral. For winning the 4.3 subzonal, the Zambian will compete in the 2013 World Cup tournament. He is the third Zambian to do so after GM Amon Simutowe and IM Stanley Chumfwa. 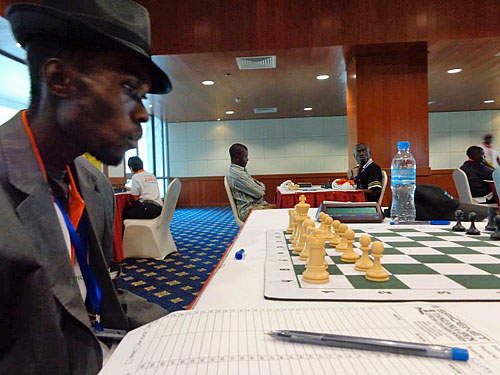 Bwalya has had a long road to the World Cup. He has flown under the radar and has not been one of the high-profile players in Zambia until he started an onslaught accented by his 8/9 performance at the 4.3 subzonal. The 25-year old appealed for financial assistance to Tromso, Norway and the Swedish Embassy responded in kind with $3000 for flight expenses. 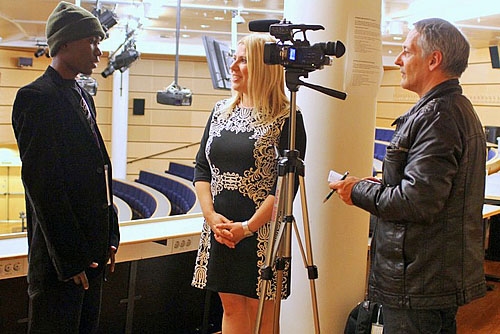 He is facing former World Champion Vladimir Kramnik, a chess legend. This will perhaps be the strongest player he will ever face and truly an honor to match wits with such a persona. In an interview with Zambia Post, Bwalya stated, “I know he will underrate me and I will utilise that to beat him. I will not be intimidated by his record,” Bwalya said. Very ambitious words, but of course he will not be the favorite. Nevertheless, Africa is proud of Bwalya and wishes him well in his chess pursuits! 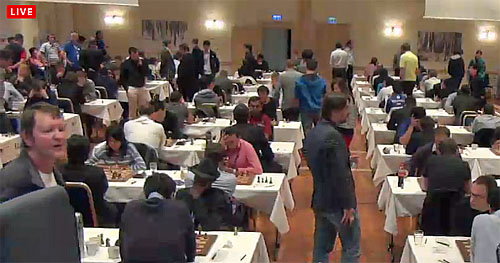 Bwalya in action against Kramnik with his signature Fedora hat.