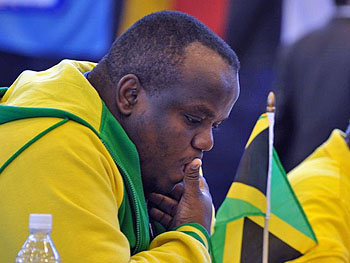 Super National Master (SNM) Duane ‘Rossolimo’ Rowe was in top form when he re-captured the 2010 Jamaica Chess Open, held on October 30-31 at the Medallion Hall Hotel. Rowe, a graduate of Cambridge University, was unable to defend his title last year due to work commitments overseas.

However, the Super National Master made an emphatic return to local chess, drubbing the competition with a solid 5.5 points from a possible 6, including important wins over National Master Andrew Mellace and National Women’s Champion WFM Deborah Richards.

WFM Deborah Richards, who led the National Female Team to a record-breaking performance at the World Olympiad in Russia last month, was adjudged the ‘Best Female Player’. The prize for ‘Best Junior Player’ was awarded to the rapidly improving Calabar student Shreyas Smith, after he produced impressive wins over veterans Samuel Lamont and Terence Lindo. 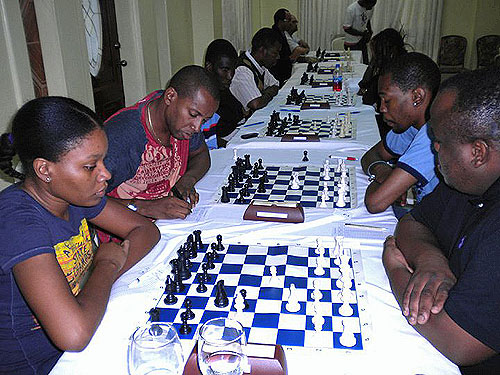 In the Amateur section, University of Technology student Kenroy Smith and Wolmer’s Boys’ Miguel Asher both finished on top with 5.5 points, however Smith was awarded the gold medal after ousting Asher on tiebreaks. Okolo Callendar finished in third place with 5 points, having suffered a fifth round loss to Smith, the eventual champion.

The event was sponsored by the Medallion Hall Hotel and Magnificent Chess Foundation. The next event on the calendar is the 2010 Frederick Cameron Open, to be held November 27-28 at the UWI Old Library.