Harare — LUNCHTIME in the streets of Harare has been spent in different ways over the years ranging from having eats, just relaxing, playing draughts, tsoro and lately computer games.

A new form of whiling up lunchtime has since emerged in the form of playing chess. But the game has been taken to another level as players place bets, gambling to be precise.

Although in the past cards and draughts were the in-thing, with people gambling even their bottom dollar, and in extreme cases wives, chess has recently taken the fancy of many.

While it started off as a pastime to divert the pangs of hunger, with chess lovers gathering along the First Street Mall in Harare where some of the “chess boards” are still etched on the pavement today, the interest on the game has grown bigger. Some enterprising people with a mind towards “making a quick buck” are using chess to make a few dollars. 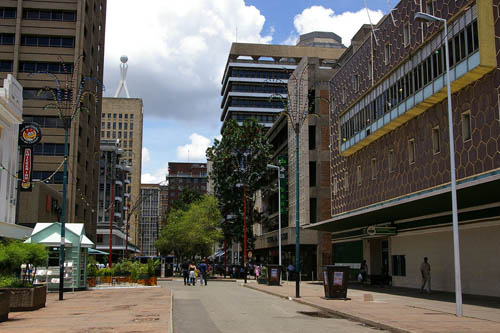 The Rezende Street Bus Terminus and the pavements facing Causeway Post Office have become centres of gambling. Naturally interest in the game grows during lunch hour. Although they play the game under social guise, investigations have shown that gambling for cash was the major attraction.

While some people interviewed by The Herald denied that they were gambling, street kids, vagrants and the unemployed were using the game as a way of “making a living”.

Those playing the game along Rezende Street said they started off as a chess club back in 2000.

“We are into it on a social basis and we use it as a training ground since we don’t have premises to use.

“The club has been here for quite some time and if something fishy happened it could have been known by now. I think we have accommodated a lot of people who come here to play the game and leave.

“We do not bet, we play the game for the love of it,” said Danny Kanojerera chairman of Rezende chess club. 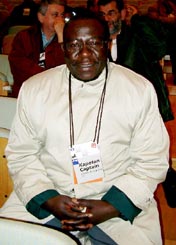 Although there are some bona fide chess players such as Charles Kuwaza (right), of the Zimbabwe Chess Federation who believe in the “sanctity” of the game, investigations showed chess was no longer just a game but some form of business.

While some professed ignorance over the gambling issue, others were busy staking their money against one another.

Others said they were taking the game seriously like any other sport.

One player who identified himself as Tariroyashe Takavarasha, otherwise known as G M Tarov, based at Rezende Bus Terminus denied they were gambling.

“We have even participated at national level and at one point we were on top of the national chess league. We are operating from here owing to lack of sponsorship,” he said.

But one player who spoke on condition of anonymity said they were using the game to earn money.

“When someone passes by and is new on the scene we throw in challenge matches. Sometimes we bet on our own in order to get money for lunch,” he said.

He said they can go for a US$2 bet or more depending on who will be playing, adding that games that involved money were more interesting.

“It’s more interesting to watch a game in which a person would be defending his money. If there was no money no one would come here to play the game as very few people know about the game. The nature of the game needs patience and who would wait until the game is over?” he asked.

Pressed on how much time the game took considering that a single match could take hours, he said: “Since the games are not of standard form we relax the rules so that we come out with a winner.

Some players said quarrels were common, which is typical in most gambling games.

“Arguments are common even in soccer or any other games. Sometimes there are people who quarrel among themselves although we have never witnessed fistfights. Most people are professionals and they resolve the issues professionally but when other people are involved in arguments, it will attract the attention of the general public,” he said.

One person who works at a shop near one of the places where the chess players frequent described them as dubious characters.

“We keep an eye on these people as some of the characters that come here are suspicious. The other thing is, why are Harare City Council officials allowing them do play their games here?” charged the man who identified himself only as Mike.

3 Responses to “Chess hustling in Zimbabwe!”