Like many African nations, Kenya is one with an interesting history. However, their chess history is a bit less storied. Kenya has a small community, but the passion runs high. As part of an ongoing initiative to ignite excitement in Kenya, a friendly match was proposed. Mehul Gohil of the Kenyan “Simbas” sent in the following report covering the Kenya-Netherlands match last weekend. 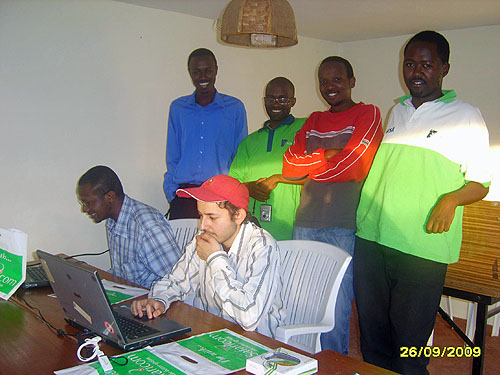 A few months ago, in the corner of a bar that converts itself into a chess club on weekday evenings, in a city called Nairobi that is the capital of Kenya, a country hard to find on the chess map, a Dutchman called Dr. Nikolai Van Beek and myself were casually discussing in a smoky, botvinikesque atmosphere how we could come up with a local chess event that would capture the national imagination. The idea of an internet chess match between a select Kenyan side and Wageningen Chess Club of Holland with whom Dr. Nikolai had personal connections was concocted.

The two of us set about trying to make this idea a reality but also realized our task would be daunting, especially in a country where an attendance of 50 players in a national open constitutes a success. This is the sort of chess region where owning the latest version of Fritz will give you a cult following.

However, the small Kenyan chess fraternity is anything but not enthusiastic and many volunteers stepped forward to help. Leading the pack was Nairobi Chess Club, the oldest club in the country having set itself up in 1958 and active ever since. Its chairman Kim Bhari (right), the hardest working man in Kenyan chess, decided to have the club take over not only the logistics of organizing the event but also managed to negotiate a lucrative sponsorship deal for the event with Kenya’s biggest mobile communications company, Safaricom.

Safaricom was duly impressed with the Playchess interface we planned to use to make the match happen over the internet. In addition, the Kenyan government also encouraged the event to go ahead as they saw this as an opportunity to exhibit the potential of the newly landed fibre-optic cable in the country.

Wageningen Chess Club also supported our endeavour in a strong way. Not least by lining up for the Kenya select team (which we christened “Kenya Simbas”, simbas meaning lions in Swahili) a mighty opposition in the form of the legendary GM Jan Timman and IM Yochahan Afek as their boards one and two. 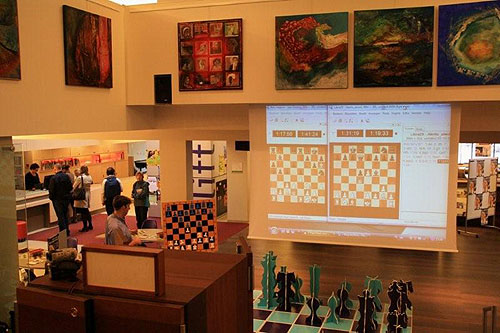 Back in Kenya the rest of us thought it couldn’t be true that such strong players would be willing to take some time off their normal schedules and agree to play with us! The other players on the Wageningen team were Sander Van Eijk, Fred Jonker, Erwin Ooerbeek and Hotze Hofstra.

The Kenya Simbas team consisted of Ben Magana, Peter Gilruth, Ben Nguku, Mehul Gohil, Githinji Hinga and Akello Atwoli. Battling the Wageningen team proved a very tough task and in the end the Kenya Simbas went down to a heavy 6-0 loss. However, the bad result was more then compensated for by the publicity the event generated back in Kenya. It was certainly one of the biggest chess events ever held in Kenya and all major national media outlets reported on it. 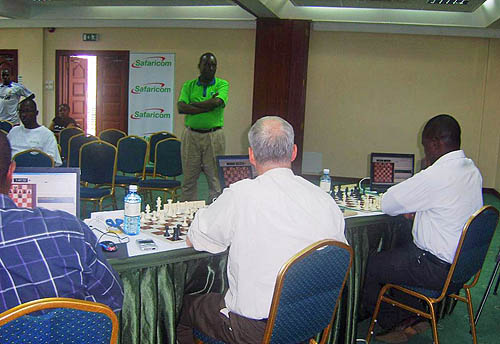 L-R: Ben Nguku, Peter Gilruth, Ben Magana pawn off against the Dutchman while… 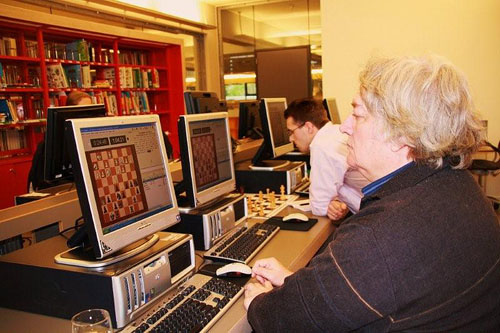