Game 11: Another fighting draw! Carlsen-Karjakin will go the distance. 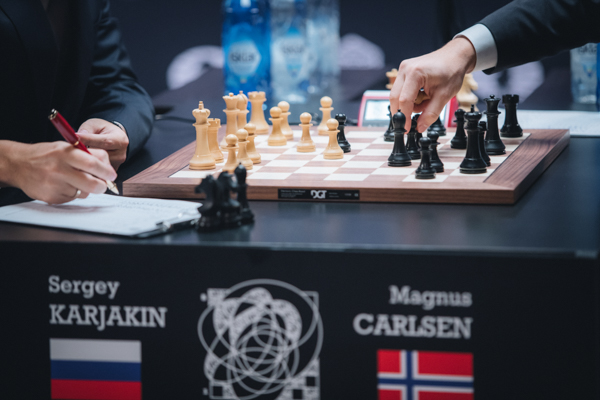 Another Ruy Lopez…. the theoretical theme of the match!

This match has had its share of twists and turns and the penultimate round was no different. A Ruy Lopez repeated from Game #2, the game took on a type of classical feel with all the pawns on the board. The first pawn was exchanged on move 19, but notice the huddled mess of pawns engaging in hand-to-hand combat after 18…c3!? and 23…Qxe6. Magnus Carlsen almost ushered in a black pawn to the end zone, but Sergey Karjakin had defensive resources to stave off the impending queen.

GM Wesley So called the action for ChessBase.