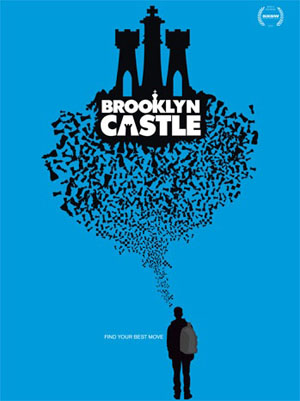 I have seen a number of chess movies such as “Searching for Bobby Fischer,” “Fresh” and “The Luhzin Defense“. I recently ordered “Brooklyn Castle” shortly after it became available on download since my review copy had not arrived. So this review is a bit late. It was released on October 19, 2012 with great anticipation and has received rave reviews.

Katie Dellamaggiore was the brains behind this story of tribulations and triumph and After a number of good reviews, the young stars stood on the biggest film stage in Hollywood. The film has won several awards and was nominated for an NAACP Image Award. As three of the movie’s subjects strolled across the red carpet, they were beaming with fulsome pride.

Being a fellow chess player and former scholastic player in Chicago, I can relate to much of the joy one has when competing on this stage. However, these youth got much more than they bargained for after they pushed their first pawn. It turns out that chess finds people in difference scenarios and then helps to shape them by opening up a door of the inner-self. Each player had to face personal questions in this movie. The principle figures of the documentary were: 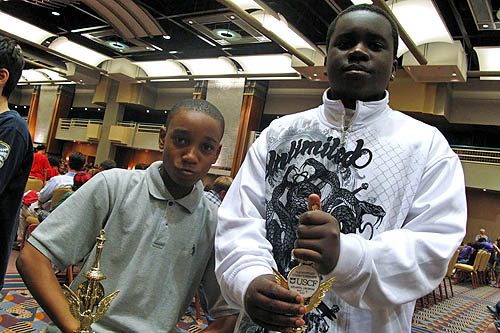 The movie started with the Principal Fred Rubino recounting the history of the program and how it evolved. It was clear that something special was brewing after a decade of success. As the players erected the banners in the hallway, this winning tradition gained the attention of Dellamaggiore and the idea of a documentary was borne.

There are many worthy chess stories waiting to be told, but this film is a true success story. The characters are real and while their stories are quite common, they often go untold. What made the biggest impression to me in the movie were the parents. Each of the parents had their own individual stories that helped make it easier to empathize and become endeared to the main characters shown in the documentary. Rochelle received encouragement from a number of different figures in the film despite her own self-doubt. Her mother (originally from Trinidad) lamented on how hard she works and kept impressing upon her how important it is for her to get an education. Apparently, it paid off. Rochelle graduated from IS-318, entered Brooklyn Tech and promptly won a scholarship to University of Texas-Austin as a freshman. Rochelle had visions to get into a competitive school and recently got accepted into Stanford. Her goal to become a National Master still looms. 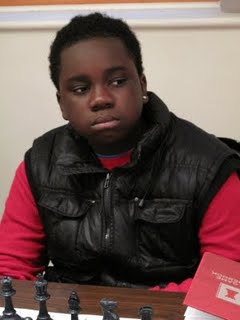 Justus Williams at age 11. He would actually shear off his dreadlocks during the film. Interesting moment!

Pobo was perhaps the most visible of the characters and showed incredible maturity and sportsmanship. Having lost his father one year before the 9/11 attacks, he had to grow up fast. His mother was the stabilizing presence and his dreams were as large as his persona. While he was the self-proclaimed “janitor” of the house, he has some very grandiose plans for the future! He seems to be in his element when engaging in a cause.

Justus, with his dreadlocked mane and unmistakable swagger, was perhaps the first “blue chip” star to enroll at IS-318. Leaving every morning at 7am to take the train from the Bronx to Brooklyn, there are high expectations for this quiet-spoken boy. The film showed the challenges for Justus, but the unshakable support by his mother, Latisha Williams and grandmother, Pamela Ballard was (and has been) the stabilizing force. The introspective thoughts of Justus were also intriguing.

Justus’ ultimate successes at IS-318 came after the film was nearing completion. Both he and James Black, Jr. were part of two championship teams months apart and made history by winning the National High School Championship while still at IS-318. Black appeared to be having the most fun and his results were stellar. He even showed off his freestyle rap skills in a duo with Pobo’s beatbox rhythm. 😀 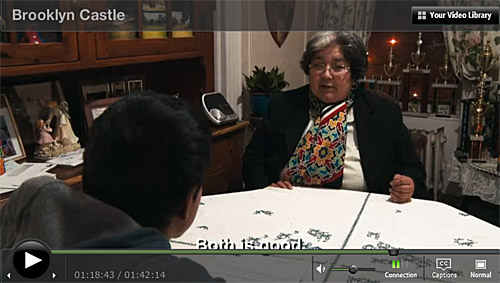 One of the most touching expressions of the film were Alexis’ pleas to do well in school so he could help out the family financially. He spoke passionately about his parents (including his adorable mother) and it helped to explain why he had such a strong drive. It also showed a young mind working through life’s choices. He is now at Edward Morrow High School, a perennial chess powerhouse.

Patrick’s challenges as one with Attention Deficit Hyperactivity Disorder (ADHD) was a testament to what chess may be able to accomplish. There are a number of studies showing how chess has helped with a variety of conditions. After enduring the harsh realities of competition, Patrick trained harder, gained confidence, moved up the list and gained a measure of success in his last tournament. The kitchen table talk with his mother shows the love and encouragement that mothers seems to excel at. 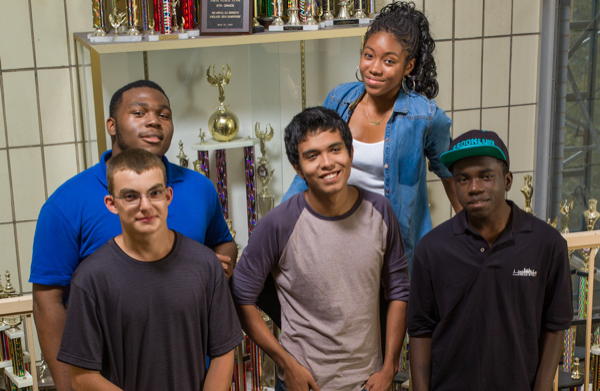 The Bryant twins played a prominent role in IS-318’s success. Jehron would later become a National Master and his brother Nigel is approaching this goal. Besides the main characters, there were other recognizable faces in the movie such as Josh Colas (White Plains), Miles Hinson (IS-318), Joel Ogunremi (IS-318), Darrian Robinson (IS-318 alumnus). Darrian now attends University of Chicago.

The family scenes showed a kinship that was touching and inspiring… the phone calls, snowball fights and the kitchen table talks. The movie was well-crafted, the characters were engaging, the plot was easy to follow and the editing of the film was nicely done (Katie’s husband, Nelson Dellamaggiore). This film will certainly attract the attention of parents, educators and chess enthusiasts alike. 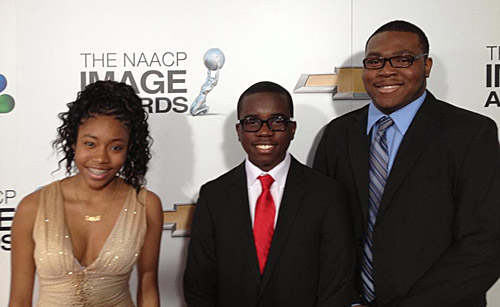 However, “Brooklyn Castle” has not been seen by the masses. It shows the difficulty in bringing quality films to market. Many people have not been able to see this film either through the limited distribution or the short time the viewings were available. Some chess communities are using Tugg.com to sponsor screenings, but 90 viewers are required.

The coverage of the movie has been good despite numerous journalistic errors in reporting the chess concepts. However, this movie transcends the lessons of chess and can apply to any activity. Since this movie features real characters, we will be tracking them throughout and there will certainly be reunions in the future! 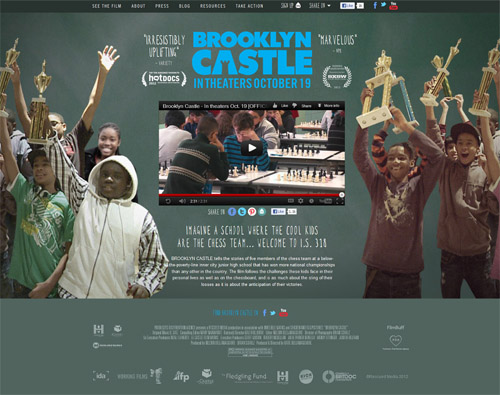