In chess, the spotlight usually shines on the world’s elite players. While we respect players for their mastery of chess, we may not realize the hard work that goes into organizing an event: the details, the expense, and all of the effort. We can’t thank organizers enough for their hard work.

One of the hardest-working contingents in the U.S. chess community are the Tournament Directors (TDs). International Arbiter Boyd Reed is one recognizable face in that number. Currently the Director of Events for U.S. Chess, he recently told The Chess Drum about Maya McGreen, a promising tournament director.

Have we ever thought about how much effort goes into directing a tournament? Hardly. It appears that the main reason we interact with TDs (apart from registration) is when there is something wrong. On a lighter note, TDs have been experts at setting clocks! Of course, directing is important for so many reasons. It keeps the rhythm of the event, it ensures fairness and provides an avenue for conflict resolution. It is also important to have competent personnel in the yellow shirts.

For the past few decades, the McGreen family has been involved in many areas of the chess community and what can be termed a “chess family.” Kofi McGreen and wife Benna, proprietors of The Right Move chess organization, produced four children (Najee, Jabari, Maya, and Mariah) all of whom have played an active role in promoting chess.

I passed and got my US Chess Senior TD title!!
Big thanks to everyone who’s supported me on this journey…up next NTD

Maya and Mariah started directing tournaments in 2013 at age 14 and have had to carve out their own niche. Both started as players at their parents’ club and ended up at the storied IS-318, the school highlighted in the movie, “Brooklyn Castle.” They had to play in the shadows of the featured players like Justus Williams and Rochelle Ballantyne. After success at IS-318, they turned their energy towards directing.

Mariah and I began directing tournaments in 2013 with Chess In the Schools. Jabari was a big influence in that. He was known as this big and important computer TD and I’ve wanted for a while to be at his level of TD knowledge if not better. Growing up I’ve watched him in the computer TD room. He’s always been so focused, assertive and in control of what need to be done. Sophia Rohde and Steve Immitt have been a big part me increase my TD knowledge and practice and have helped me get to Senior TD.

Tournament directors are charged with making the experience of playing in a chess tournament enjoyable. Let’s face it; we love chess as a hobby or sport, and we want to enjoy ourselves. Directors have an arduous and challenging task to keep hundreds, and sometimes, thousands of players calm and cooperative.

We may have followed arbiters or “directors” since our scholastic days and developed a rapport. Many of them are retiring, and the current generation has to deal with a new breed of players and a wide range of issues. Decades ago, scholastic players were not mainstays in open tournaments. If so, they were typically top high school players. Today they make up half of the tournament population!

The duties for TDs are a bit different than before. Not only are there more situations involving children, but sometimes parents get emotionally involved and linger in the aisles. For a player competing, this can be unnerving, but for a TD, it poses another set of challenges. Certainly, TDs have to tread carefully when dealing with parents who can be quite a nuisance. In one instance, Maya had to adjudicate a long game, and the parent objected.

“Her son was the last one playing in the section, and we needed to stay on top of round times, so it’s only right and normal that at the last 20 mins we put a 5-minute 5-second delay clock on.”

The parent threatened to withdraw, but decided to keep her child in the tournament.

Then there there is cell phone issue. There have been some high profile cases of cheating worldwide, but monitoring electronic devices is quite a challenge. Maya and Mariah are often seen at the World Open collecting cell phones at the restrooms. Some have even tried to use cell phones to record scores. Maya mentioned, “What kid would boldly sit at a board and use a cell phone to record score?!” Apparently, quite a few have.

She had a tense situation where one player in K3 under-700 claimed that black captured a bishop with Ng6xf4. An argument ensued which soon turned to yelling. With emotions running high, she told them both to stop talking after which she deciphered their score sheets. She reconstructed the game while getting both players to confirm the moves and determined that the knight was on f6 and not g6.

“I’m just glad that what I can do as a tournament director can help me keep chess games as fair as possible.”

A junior at Hunter College, Maya plans a career in film and media, but aspires to be a National Tournament Director (NTD). She mentions that there has not been an African American Female NTD before and desires to be the first. She also wants to be in a position to inspire Black girls to stay with chess in the long run. It is clearly a problem in general. She recalls a happenstance encounter with one of the world’s most recognizable chess personalities.

I work at the Apple Store and a year ago Maurice Ashley came in the store looking to buy a phone for his son. I automatically recognized him because I grew up learning from him. There’s a picture in the chess and checkers house in Central Park that Adia (Onyango) found hanging up of him playing me. I began to tell him how I played and he seemed reluctant to ask me if I had a rating. He was very surprised when I said 1800. 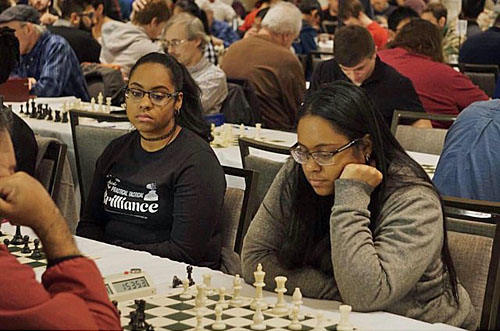 Given that ratings are what gives a player their standing in the chess world, it can be challenging to break through. Maya sees the inequalities as multifaceted, but she admits that chess is a male-dominated game fueled with ego. As a scholastic player, she asserted herself at IS-318 among players who were enjoying the national spotlight. With her aspiring career in film and media, she hopes to tell stories like the one depicted in “Brooklyn Castle.” 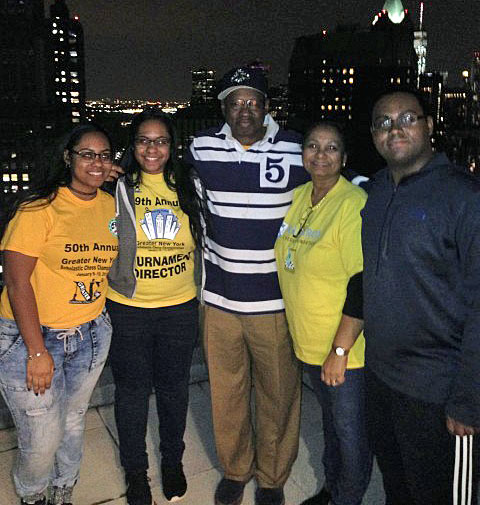