Jamaican chess continues to make progressive strides after positive exposure by tireless leader Ian Wilkinson QC. He was re-elected for yet another term as President. His capable leadership, tireless efforts and warm persona have given the right image as the federation continues to make improvements in its national chess culture.

The island is abuzz with excitement for chess as the initiative spreads to the school ages. Several local masters have taken an active role in spreading the passion of chess in hopes that it will take roots and generate long-lasting benefits academically and socially. Under the leadership of Wilkinson, Jamaican chess has developed a higher profile and hopes to cement its leadership in the English-speaking Caribbean.

Looking forward to see what the new administration will bring! 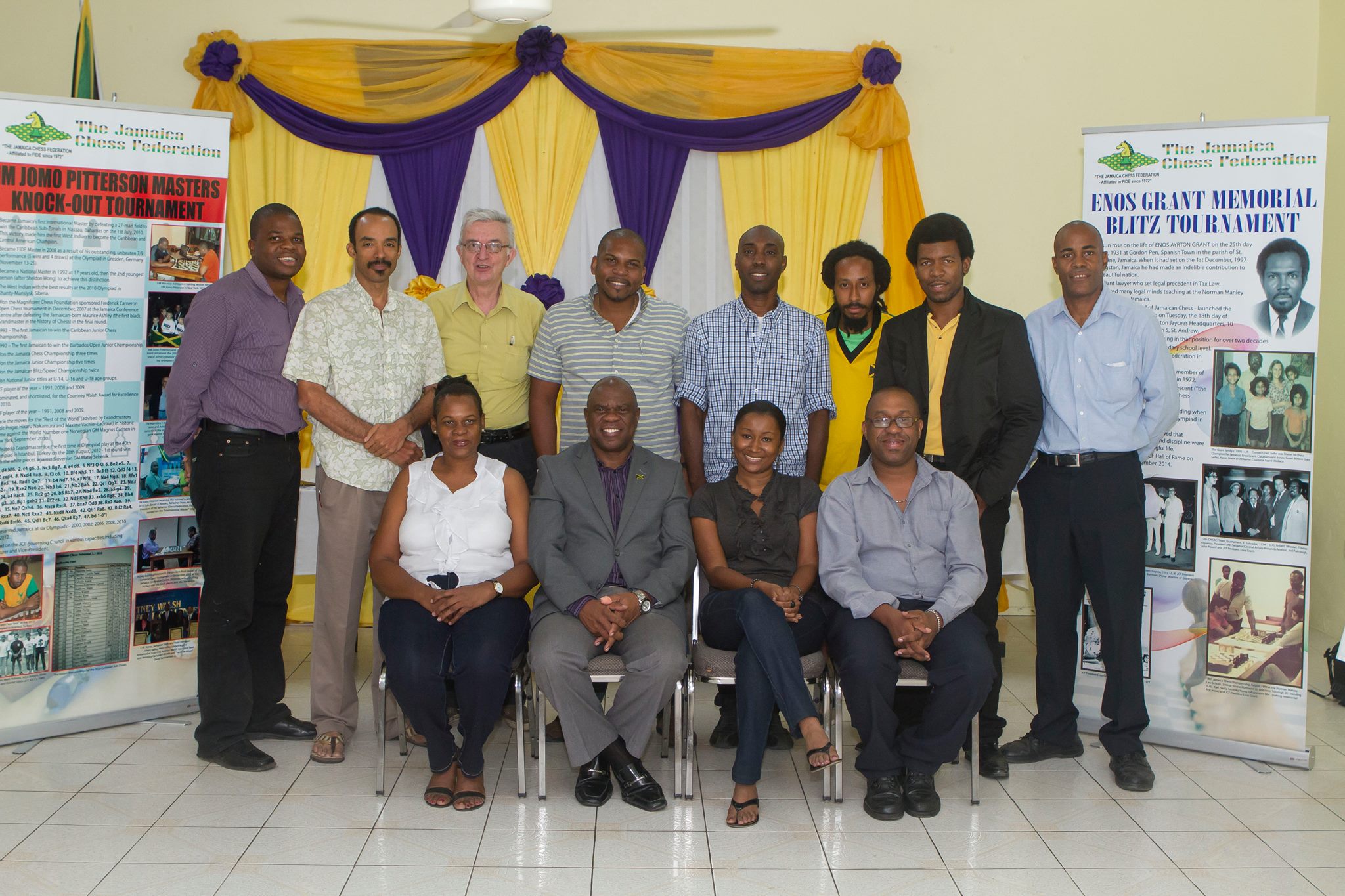 The new Council is a blend of experience and “freshness” as a number of persons will be serving for the first time. It has set a number of ambitious goals, including the following:

(a) obtaining property for the JCF’s official headquarters, secretariat and tournament venue;

(b) strengthening the JCF’s fund-raising capacity;

(e) conceptualizing, and implementing, plans to increase the number of female chess players;

(f) improving the JCF’s marketing and public relations machinery, including its website; and

(g) amending/updating the JCF’s Constitution to modernize the JCF further and serve the needs of the members much better.

The current Chess events being staged by the JCF are the inaugural William Roper Memorial to decide the best senior players in the country and the Digicel Women’s National Championships, both being played simultaneously at the Jamaica Olympic Association on weekends and at Christar Villas Hotel on Wednesdays from July 18 to August 2, 2015.