Florida is a long state. From Tallahassee to Miami is 7-8 hours drive. Thus, many of the major tournaments are held in the central part of Florida, the state’s tourist capitol of Orlando. The Southern Open took place as the Wyndham International Resort July 24th-26th and attracted a trio of Grandmasters. Julio Becerra was joined by fellow GMs Cuba’s Isan Ortiz Suarez and India’s Tejas Bakre for a top heavy Open Section. Approximately 250 players participated in the four sections. 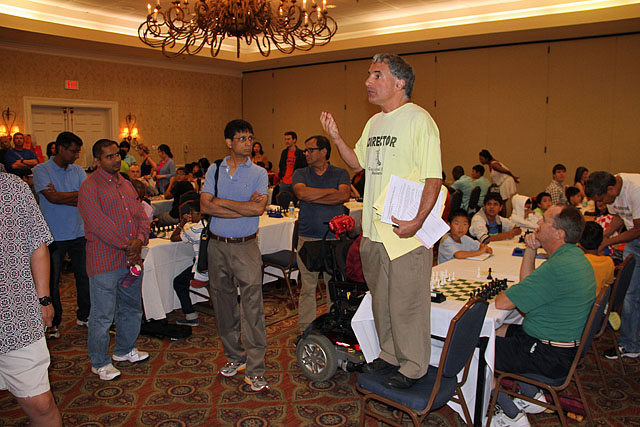 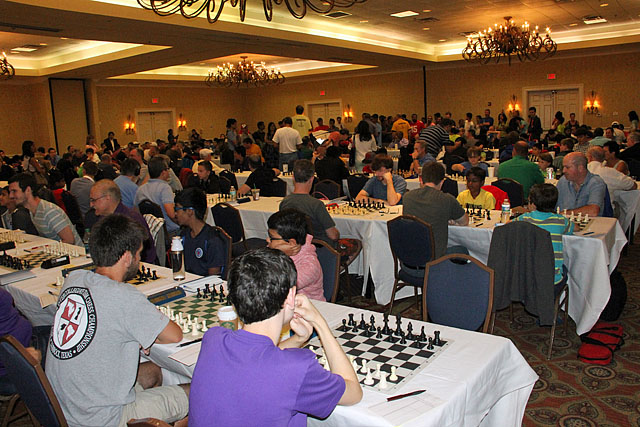 Apart from the GMs in the open section there was an interesting mixture of players with talented juniors and wily veterans. In the end, both Cubans (Becerra and Ortiz) vanquished the field and had a short draw in the penultimate round. Both beat Bakre to keep him out of contention. Nicky Rosenthal had a solid result and ended on 4/5. Ben Silva (1970), who recently moved from Tallahassee to Palm Beach County, scored 3/5 and netted 50 rating points to make Expert for the first time! 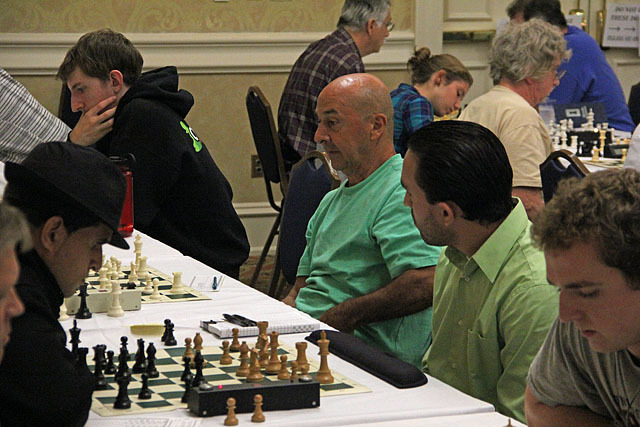 Intensity in the Open Section!
FM Fabio LaRota (center) was amongst the titled players. 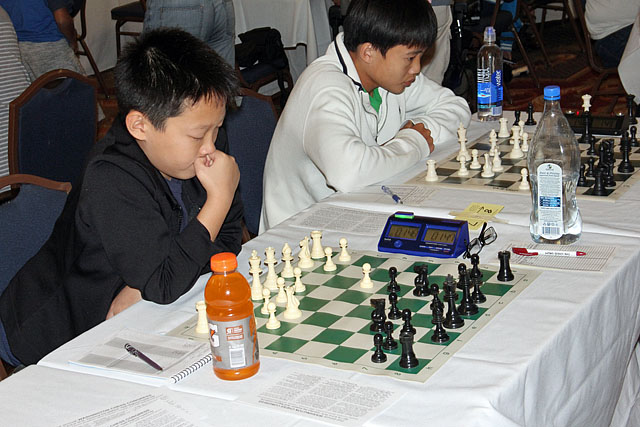 Christoher Yu-Shou Shen and Kevin Wang were amongst the juniors competing in the open section. 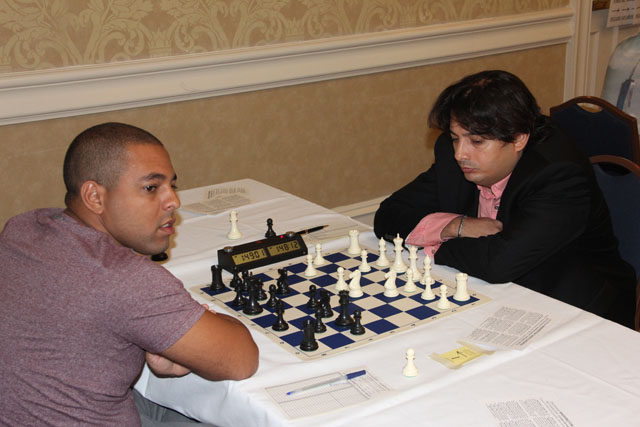 In other sections Gordon Randall and Truman Hoang tallied 4.5/5 to take the under-2100 section and $1150.00 each. Daniel Rhenals emerged atop the under-1700 section with a perfect 5/5 and a $1200.00 prize. The under-1300 ended with tense moments as Varun Chalwa and Kojo Ackah battled in tense affair. 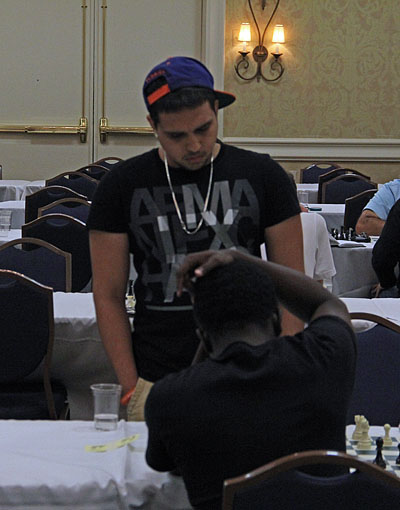 Kojo Ackah and Varun Chalwa in a tense battle. 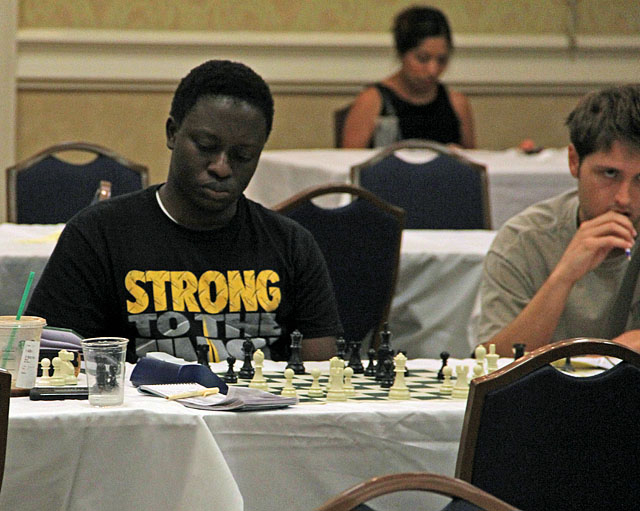 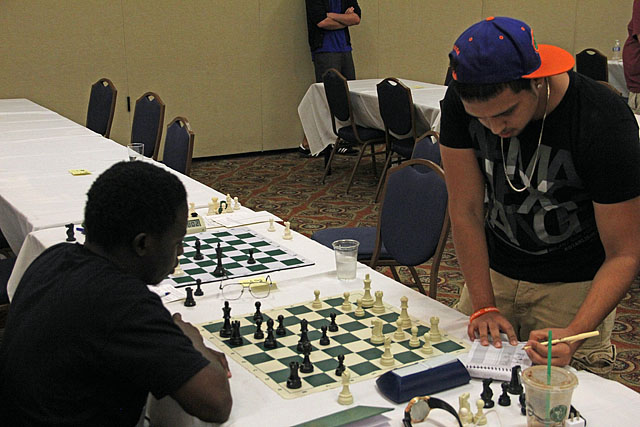 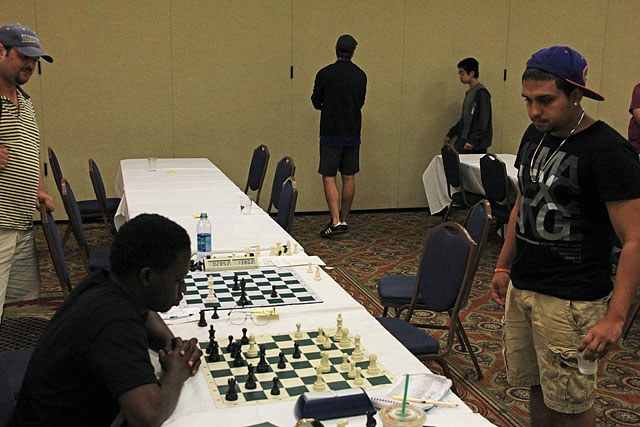 Ackah was on 4/4 and appeared to be much better in the game. As he entered time pressure, he walked into a fatal pin of his queen. Ackah, a student at Florida State University, was playing in only his 4th tournament. Chalwa was ecstatic after the game stating that it has been his best result to date. Chalwa took home $600.00 with Paul Lemay who also got 5/5. 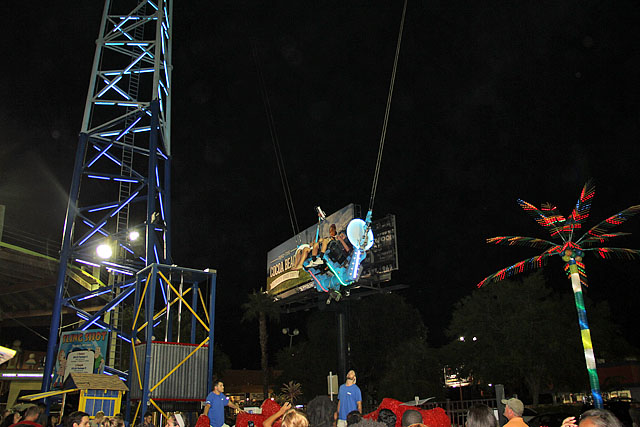 Plenty of fun in Orlando… come out next year!
Photos by Daaim Shabazz.