Egypt has still proven to be the most dominant chess power on the continent of 54 African nations (43 active federations). Both GM Bassem Amin and WGM Mona Khaled proved again to be the best in the Valley of Kings and Queens. Amin scored an undefeated 7/9 and edged fellow GM Ahmed Adly on tiebreaks. Adly’s only loss was to Algerian GM Mohamed Haddouche. Egypt and Algeria corralled all medals.

The open section had 32 players (11 federations) with only seven players from Sub-Saharan Africa and 11 Egyptians. Defending champion GM Kenny Solomon of South Africa was not present as well as several other active federations. FIDE VP and African Continental President Lewis Ncube gave an extensive interview stating his optimism of the chess atmosphere in Africa including the 2015-2016 African Grand Prix. Hopefully there will be a better attendance from a wider variety of nations in next year’s contest. Nevertheless, the games were spirited and the results were in doubt until the last round.

As for Khaled, she has won the African women’s crown several times, but this time she scored an incredible 9/9 vanquishing all in her path. She cleared the field by a whopping 2.5 points with her nearest rival being WIM Amina Mezioud of Algeria with 6.5/9. While Mezioud could not challenge Khaled in the Classical, it was a fantastic tournament for Mezioud who won gold in the Rapid and Blitz. Khaled took silver in both Rapid and Blitz. Bronze medals were won by Algeria’s WIM Sabrina Letreche (classical) and Egypt’s WIM Wafa Shahenda (rapid and blitz).

The women’s section had a total of 22 players. A creditable performance was made by Sbia Rania of Morocco who came in unrated and finished with a plus-score and defeating defending champion WGM Wafa Shrook in the last round. WFM Lorita Mwango of Zambia had solid results with 5/9 (classical & rapid) and 6/9 (blitz). Incidentally, 2005 African Champion WGM Tuduetso Sabure returned to championship play scoring 3.5/9 (classical) and 5/9 (rapid & blitz). 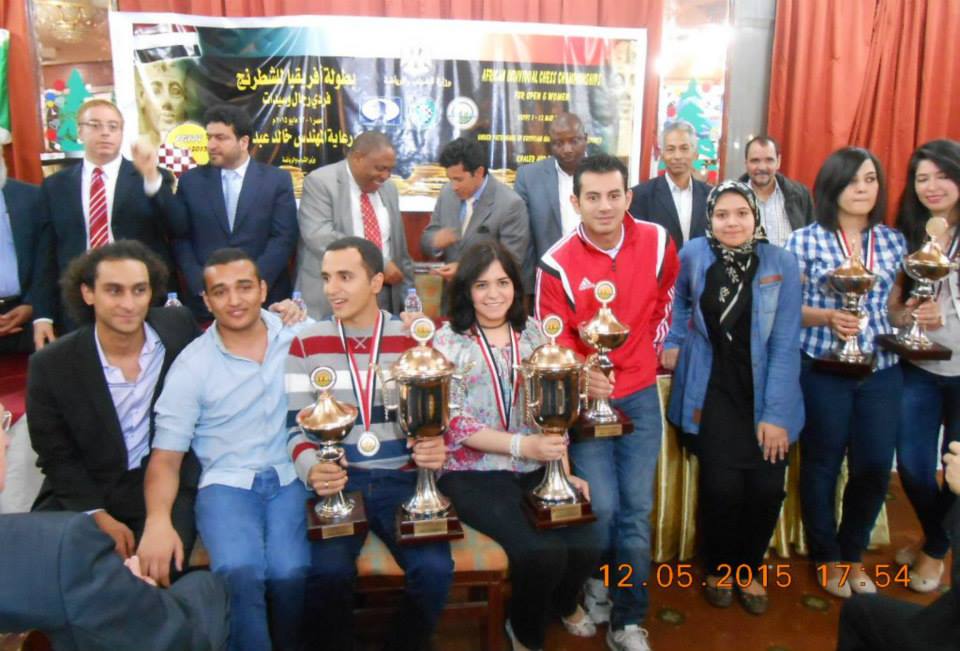