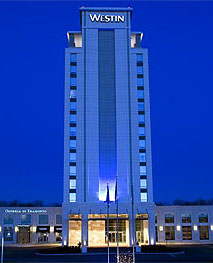 The 2015 edition of the Chicago Open will kick off the summer circuit of U.S. tournaments. Approximately, 600-700 players will trek across the U.S. to compete in eight sections for a combined $100,000 prize fund. This tournament will host a mish-mash of professional players, strong amateurs and club players.

Chicago has long been one of the hotbeds of chess before the emergence of St. Louis, the nation’s “chess capitol”. In fact, we can expect an invasion of St. Louis chessers to make the four-hour trek north. The city still boasts one of the largest chess profile in the Midwest.

These days, the Chicago Open remains as its marquee tournament, a distant memory from the events once held at the posh Chicago Palmer House on Wabash Avenue. The tournament will take place in Wheeling Westin which lies about an hour outside of downtown Chicago.