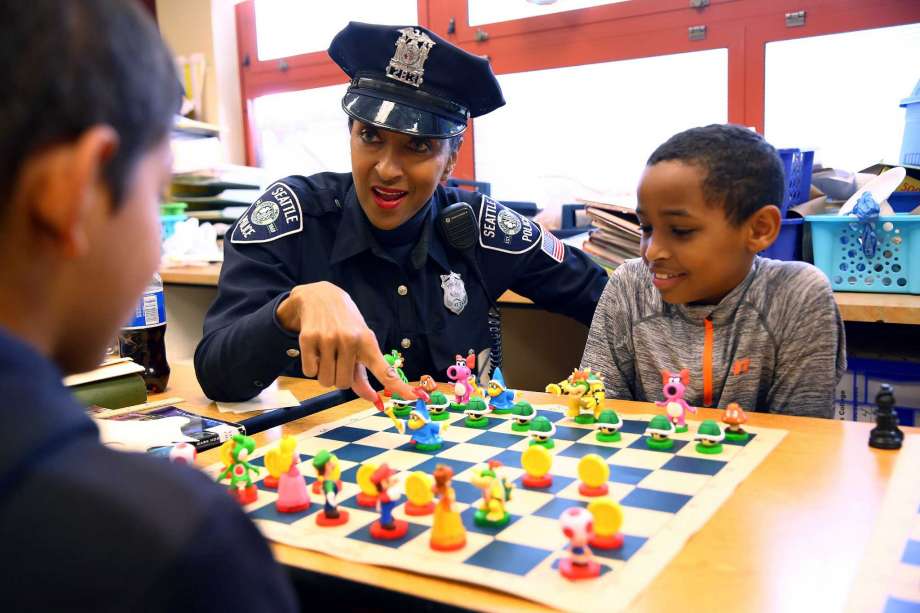 Despite her own ambivalence toward chess as a youth,
Officer Cookie has shared its joys.
Photo by Genna Martin

After decades of service, Denise “Cookie” Bouldin is having “Detective Cookie Chess Park” built in her honor. Detective Cookie been featured on The Chess Drum over the years with her Urban Youth Chess Club in Seattle, Washington. The Chicago native has taken chess and created a youth environment that will serve as a training ground to excel and avoid the negative elements of the streets.

Cookie remembers her own trials and tribulations growing up in Chicago housing projects. In the early days, she presented on her website:

My heart is more into giving the youth a reason not to handout or getting recruited to participate in crimes. I use to be one of these kids as I grew up in the Chicago Projects. Because of regular people as role models, I was able to refuse being recruited to sell drugs, to do drugs, and prostitution. I know what peer pressure is like, I also know what it’s like to have a role model or somebody who cares, if only just a little bit. (link)

Denise “Cookie” Bouldin taught chess to #RainerBeach youth to get them to think ahead when making life choices pic.twitter.com/l8TOtNxwoF

In the beginning, she had a community basketball game featuring youth and police officers, but the next year, the students wanted chess! Perhaps they would have a better chance against the officers in chess. Despite only a couple of students knowing how to play, it set into motion a tradition that has become a fixture in the city’s social landscape.

Now Detective Cookie will have a chess park built in her name after decades of hard work in the community. A very fitting tribute for the popular police officer and former fashion model. Detective Cookie has earned many community awards and this park will be a permanent fixture to her work. 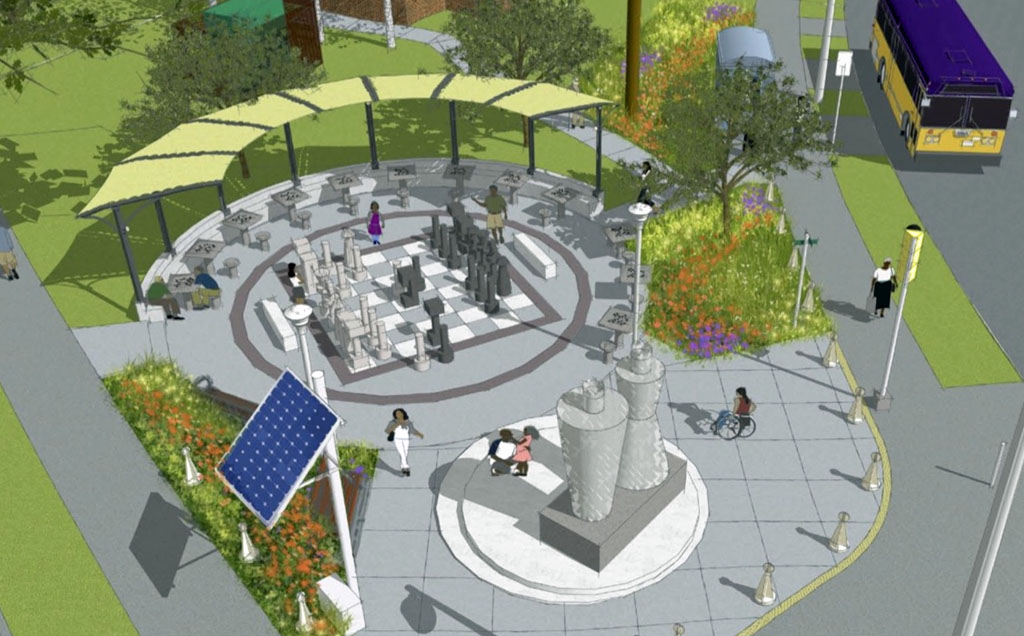