The World Chess Candidates Tournament begins today completing the final stage in determining who will face World Champion Viswanathan Anand later this year. If we look at this objectively, there are eight players in the field and eight players with a legitimate chance to win. There are no easy outs here as the eight-seed was the last challenger to Anand. There is a good mixture of youth and experience and all of the players are tough fighters.

While the cycle has been through an number of palpitations, there are not many who will debate the strength and representativeness of the field. Certainly future cycles will include more diversity from other regions as there are a number of young promising players looking for a shot at glory. Hikaru Nakamura, Fabiano Caruana, Anish Giri, Wang Hao, Wesley So and many other aspirants will certainly be taking notes.

Chessvibes ran an interesting story on predictions of the candidates by selected Grandmasters which included a far-reaching poll asking respondents who is likely to win and a whopping 57% chose Magnus Carlsen as the consensus pick. Levon Aronian was a distant second at 15.67% and Vladimir Kramnik at 8.9%. (see results)

The tournament will begin today March 15th and extend through April 4th (including tiebreaks). There will be four rest days (one after every three rounds) and the time control will be 40 moves in 2 hours, 20 moves in 1 hour and 15 minutes to finish the game, with 30 seconds increment from move 61. The total prize fund is €510,000. 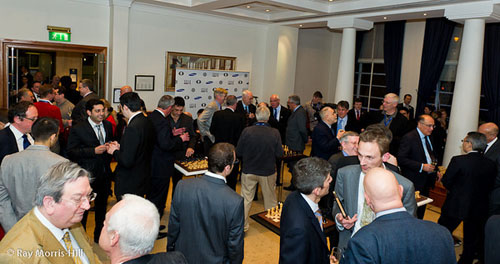