Following is a press release from “Ajeh Club d’Echecs” (@EchecsHaiti) about a tournament in Haiti in the village of Quisqueya. It was a youth tournament featuring seven players. French and a rough English translation are offered below.

The opening tournament of the school year Quisqueya village was held Friday, October 12, 2012 with the participation of seven players. Having been postponed several times, the appointment was finally set Friday, October 12, 2012. At 3:30pm all players were already there waiting for the start of the competition to be sure they did not lose the chance to participate in this competition. Thus, Vladimir arrives to 4:30 pm could not participate in this competition.

It should be noted the exceptional performance that outperform Helene for the second time players like this was when the second edition of the championship quisqueya village last August. Pauleon The brothers continue to gain experience finishing 6th and 7th this tournament closed.

Photos from the Quisqueya 2012 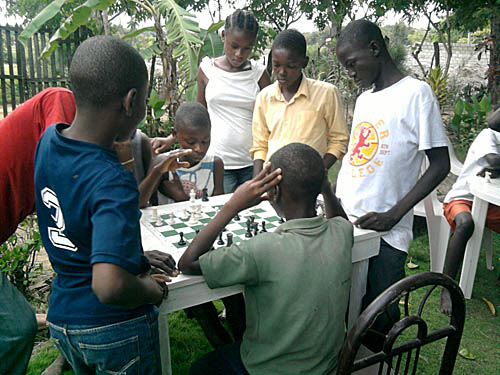 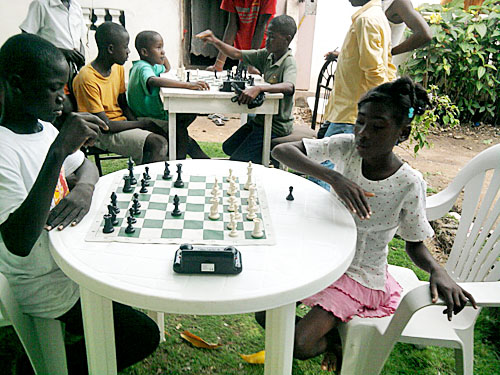 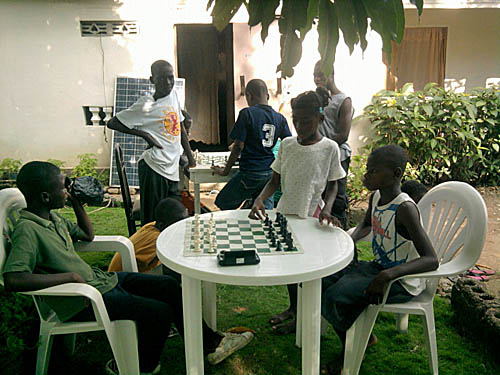 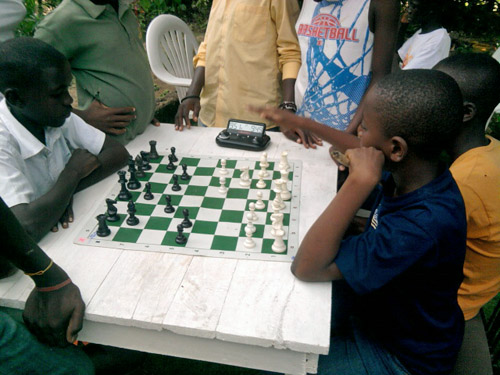 Seems the young players are fond of fianchetto bishops. 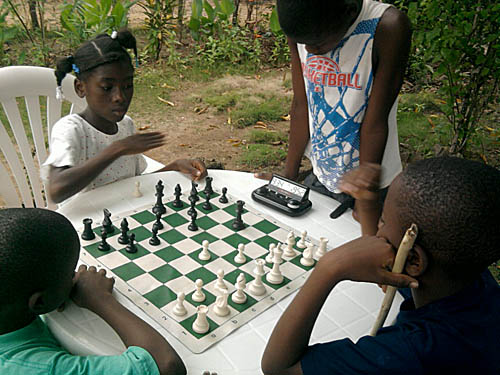 Threatening Qxg2… did he see it?