Frank Johnson has become a premier chess organizer in the state of Georgia, USA and the founder of the 64 Squares Chess Club. His story has been told here before, but he has made some improvements since The Chess Drum paid him a visit back in May.

Despite a burglary last week and the loss of six digital clocks, a couple of computers and other valuables, his spirits are high and he is optimistic. I was in Atlanta during his Liscious Williams Memorial tournament and the new site for the club is spacious with three floors and well-lit. It is located right off Ponce de Leon Avenue in the Midtown area.

The tournament had about a dozen players including one of the state’s top players in Damir Studen (2300). Student won the tournament beating Iyobebe Hanson in the last round. John Lattier, Lawrence White and Larry Agee came in joint 2nd. Jayashree Sekar and Dr. Minder Rucker tied for U1800/U1600 first place with 2.5 points winning $200 a piece! Longtime Atlanta resident Sulaiman Smith also participated. 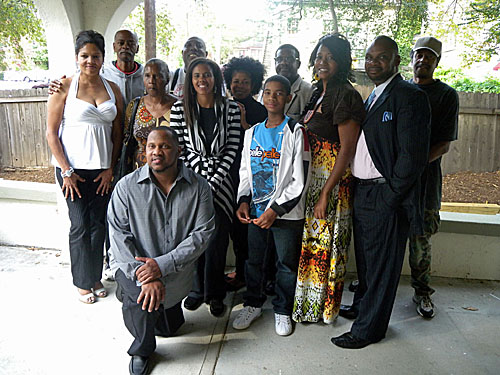 Players (rear) pose with the family of Liscious Williams. 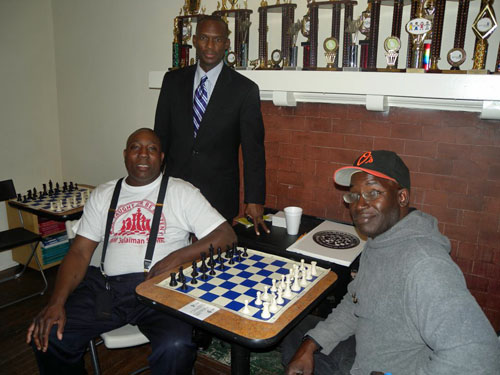 Dr. Daaim Shabazz of The Chess Drum visits 64 Squares.
Sulaiman Smith and Reginald Drummer were on hand to welcome.