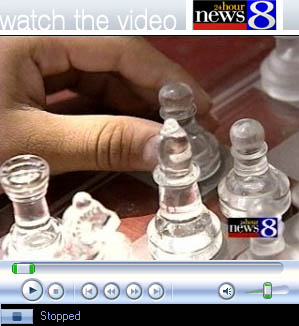 Another version of “Hip Hop Chess”?

After a spate of killings in the Grand Rapids, Michigan area, the city is looking for ways to channel the energy of the youth during the summer months. Darlene King has devised an idea that she dubs “Hip Hop Chess.” Sound familiar? When I saw the video, I said to myself that while “hip hop” seems to be used a cliche to attract youth, she has an idea that is a cross between Adisa Banjoko’s Hip Hop Chess Federation and Orrin Hudson’s Besomeone, Inc. Maybe this is the next wave to reach our youth since all other methods seem to be failing miserably in America.

One Response to “Michigan’s answer to violence: Hip Hop Chess?”