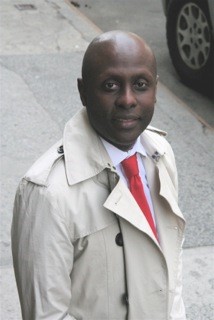 National Master Jerald Times told The Chess Drum a month ago about a troubling saga involving his tenure at the Success Academy Charter Schools (SACS). Serving as the Chess Program Director he alleged that the organization held discriminatory practices within the organization. He then filed a discriminatory complaint against SACS.

In a scathing 23-page legal rebuttal, Times recounted cases involving several parties including himself. The case covers a period from January 2019 to November 2020 and details the chronology of events in detail. Some of the issues involve hiring practices, job performance evaluations, retaliatory measures after complaints, and other procedural matters. The case was filed last year with the New York Division of Human Rights (NYDHR) and recently came to a conclusion. Over the years, there have been several complaints about such discrimination in scholastic chess, but many of those cases were not argued successfully.

It is ironic that Times had experienced great success at SACS and was featured in a May 2020 ChessBase article written by Dr. Alexey Root. In this article, Times gave his view of “holistic” chess instruction.

These holistic practices were also initiated based on the needs of the children. Tai chi was introduced to increase the stamina of the competitor. Storytelling was ushered in because we saw the chess game as a narrative and it was important that the scholars identified the turning points in their own games. Finally, we begin to incorporate music, as music has the power to uplift. Music is rhythm, melody, and harmony. In chess, we speak of the rhythm of the battle, the harmony of pieces, and the most beautiful games play like melodies.

These programs apparently led to the success of SACS as they won a number of local, state, and national honors. Shortly after the ChessBase article, Times lodged a complaint with Success Academy’s Human Resource Associate about superseding his authority. Despite Times’ accolades at Success (mentioned in the brief), he was placed on a “performance improvement plan” (PIP) generally given to those who perform below expectations. Ironically, that same month, Times was awarded “Chess Educator of the Year” by the University of Texas-Dallas.

The case was submitted last June to the New York Division of Human Rights (NYDHR) who ruled that Success Academy had engaged in unlawful retaliation. Times told The Chess Drum called this decision a “major victory” and further stated that he is deciding whether to go to Federal Court or to negotiate a settlement with the Academy.