Georgios Makropolous has announced his candidacy for FIDE President. In what has been a very tumultuous period for FIDE, the Deputy President seeks to consolidate the authority that has been bestowed upon him when FIDE President Kirsan Ilyumzhinov was placed under sanctions by the U.S. government on conspiracy charges. 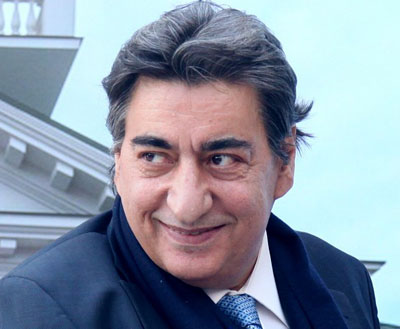 Last March, confusion swirled within the FIDE ranks when Ilyumzhinov allegedly resigned and a letter was released by the governing chess body. While Ilyumzhinov did “temporarily suspend his powers,” there was question whether he actually resigned. After the announcement appeared on the FIDE website, Iyumzhinov published a letter stating that report was untrue. He blames the U.S. Chess Federation for the issue. To further complicate matters, he announced his candidacy for the 2018 election.

“I am not going to resign. Moreover, I am going to run for the FIDE Presidency again in September 2018.”

As we get closer to the Olympiad and Congress meetings, the campaign circuit has been quiet and there has only been two announcements regarding candidates standing for FIDE President: Ilumnzhinov and Makropolous. At the FIDE Presidential Board meeting in which Makropolous announced his candidacy, the body urged Ilyumzhinov to step aside due to sanctions.

The Presidential Board has resolved:

In the light of:

a) The imminent withdrawal of FIDE’s banking facilities by UBS,
b) The inability of FIDE to obtain replacement banking facilities while you remain nominal President and
c) subject to US Treasury Department sanctions,
d) The consequent severe difficulties facing FIDE in funding its obligations and its commitments to the chess family,
e) The adverse publicity that reflects badly on FIDE’s reputation and undermines the confidence of all those who are or
would be involved in chess,

That in the interests of the organisation:

You should resign with immediate effect.

In the 14 to 1 vote for Ilyumzhinov to cede his position, only FIDE Vice President for Africa Lewis Ncube objected.

There was a response from Ilyumzhinov…

“The Presidential Board’s decision is absolutely political one and is not related to chess. This appeal to me with a request of my immediate resignation is based on groundless sanctions which were imposed on me by the U.S. Department of Treasury in 2015. I am not going to resign. Moreover, I am going to run for the FIDE Presidency again in September 2018.”

It remains to be seen if there will be another statement from FIDE or if they will simply take the fight to Batumi, Georgia this fall. Whatever the case, it will be a hot and heated battle. Ilyumzhinov will certainly use his relationships with past supporters to strip away votes, but unless another candidate emerges, it will be an uphill battle for the sanctioned President.