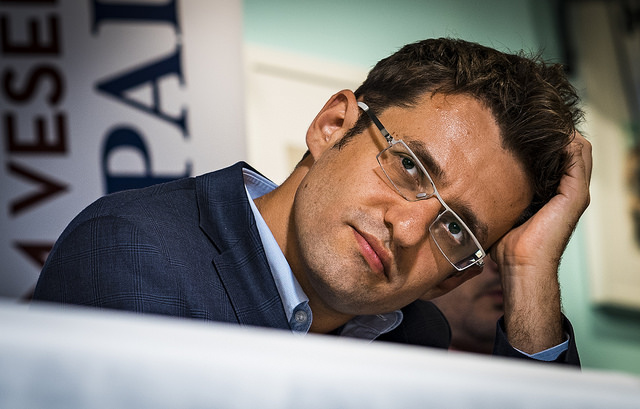 With the World Champion Magnus Carlsen dropping out of the Grand Chess Tour to prepare for the World Championship in November and Vladimir Kramnik dropping out for what is presumed to be health issues, the Sinquefield Cup will be missing two legendary attractions, but will still be a powerful event. The American triad of Fabiano Caruana, Hikaru Nakamura and Wesley So will hold down home court against the top seed and world #2, Maxime Vachier-Lagrave who has vaulted twenty spaces from last year.

MVL on his rise "My opening preparations have been working much better, so I'm getting positions I feel very much at ease" #SinquefieldCup

The Sinquefield Cup had been rescheduled due to the changing of the Olympiad which was affected by the World Championship. It was a cascading effect. Nevertheless, the field has an All-Star line-up with China’s Ding Liren and seven-time Russian champion Peter Svidler filling in the vacated spots.

The venue is the Chess Club and Scholastic Center at 4657 Maryland Avenue, Saint Louis, MO 63108. Tickets cost $10 per round or $80 for all ten rounds. Full information available at the official web site. Live commentary will be given by an eminent line-up of Maurice Ashley, Jennifer Shahade, Yasser Seirawan with roaming commentating by Alejandro Ramirez. For more information, visit www.grandchesstour.com or follow along at @CCSCSL.