Kasparov Chess Foundation (KCF) has been a welcome presence on the continent of Africa in the past few years. After losing a bitter battle for FIDE President, former world champion Garry Kasparov noted that one thing he had discovered during the campaign was Africa. He has continued to make the vast continent one of his main initiatives in chess development.

Recently it was reported on Kasparov Chess Foundation website that 5000 chess sets and boards had cleared customs after inspections back in June 2014. Now come the huge hast of distribution around the country. Githinji Hinga, told The Chess Drum that they havevisited over 40 schools around the country and donated 150+ sets to the schools.

KCF posted on its site the following message…

We wish Chess Kenya well with the distribution of the equipment throughout the country as we know it will make a massive difference to the development of the game throughout all their provinces! 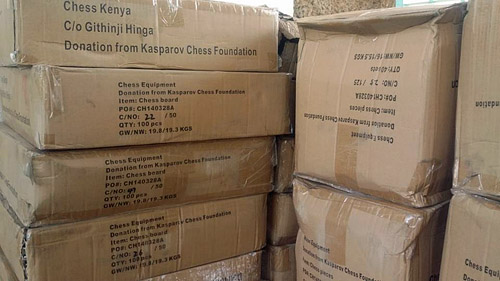 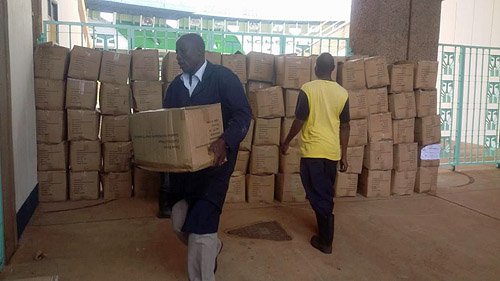 The Chess Drum chatted with President Hinga about the challenges in Kenya to promote chess and Africa in general. Hinga mentioned the deep challenges facing African federations in terms of equipment and merchandise such as clocks. He states that the average chess set in Kenya and East Africa may cost Kshs2500 (US$30)!!

“That is if you are lucky that it is in stock. Let us not mention clocks. So with that price, it makes Chess an elite game, totally wrong considering how inexpensive chess is and should be.”

When the shipment initially arrived there was the matter of clearing customs and this proved to be problematic. After it was thought that the import duties could be waived, the Kenyan Ministry allocated Kshs1.1M (US$12,000) to clear the merchandise.

“We are very thankful to the government particularly the Cabinet Secretary Dr. Hassan Wario, the Commissioner of Sport Mr Gordon Oluoch and the National Talent Academy CEO Mr. Douglas Ratemo for enabling us to clear the consignment.”

After these matters were cleared and the mountain of boxes were then released, they were transported and secured. Then the hard task would be the federation’s to distribute them nationwide. Thus far, the Kenyan Chess Federation has been very busy. The Chess Drum chatted with President Hinga today to find out where the initiative has gone since receiving the equipment.

So far we have visited over 40 schools around the country and donated 150+ sets to the schools. What was achieved in the report was a result of passion of my team, donations from well-wishers. We only hope to be able to reach out to as many schools.

Thanks to Kasparov Chess Foundation Africa, its founder Garry Kasparov, we shall be able to reach out to all corners of the country and distribute the boards to 1000 schools. We had the constraint of equipment and of course funds… we did what we could. 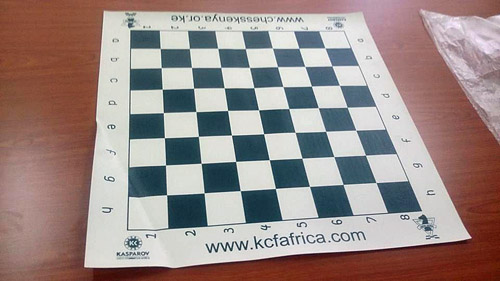