The first four rounds of chess have had a little for everyone… lightening attacks, novelties, positional gems, blunders and even a tiny bit of controversy (with draws of course). So… the 2013 Tata Steel tournament is off to a great start with marquee names gracing the charts. At the end four rounds, Magnus Carlsen, Viswanathan Anand and Sergey Karjakin lead with 3/4. 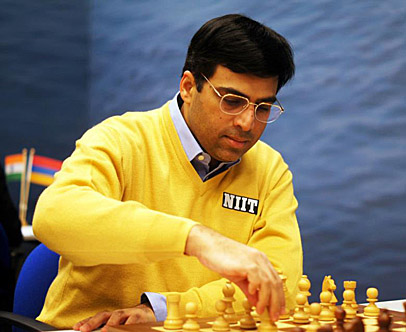 Viswanathan Anand rolled back the clock 20 years… or maybe 106 years.
Photo by tatasteelchess.com.

Carlsen’s slow dismantling of Harikrishna before the break was impressive, but Anand took the prize for the best game. Anand has won two in a row and perhaps is making good on his New Year’s resolution to play with more energy. His last win over Levon Aronian is one for the ages. In this game, he played a novelty prepared for his championship match with Boris Gelfand and simultaneously drew upon the 1907 classic Rotlewi-Rubenstein. These are the type of dashing attacks fans love. Take a look…

Anand played a shocking series of moves including 15…Bc5! 16. Be2 and then the thunderbolt 16…Nde5! (diagram #1). The attack was predicated on the strength of the bishop of b7 and the fact that the white king’s is totally entombed on h1. 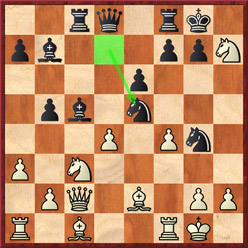 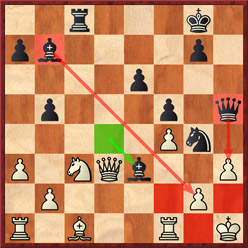 After white tried to stave off the attack, black ended it with 23…Be3! (diagram #2) cutting off the queen’s defense and threatening 24…Qxh3+! The sensation of the tournament and while the year is still young, will probably be a candidate for best game of the year. (See Aronian-Anand… notes by GM Efstratios Grivas).

In the “B”, There has been standout performances by Sergey Tiviakov and Hungarian phenom Richard Rapport. Both are on +3 and young Rapport has won three in a row including a win over the tough Sergei Movesesian. Legendary Jan Timman and compatriot Jan Smeets are also making a good account with undefeated 2½/4. The rest of the field has not had any consistency and have been beating each other. 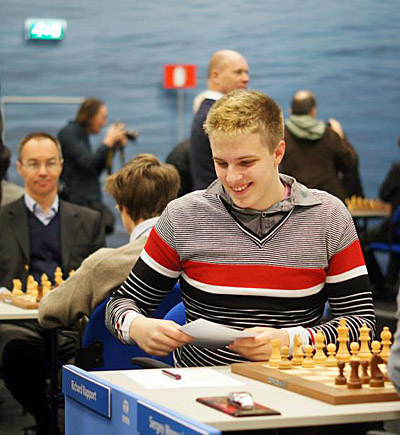 Richard Rapport has quite a bit to smile about so far.
Photo by tatasteelchess.com.

Group “C” has had a lot of blood-letting with 17/28 games have been decisive. Fernando Peralta has played impressively with three wins and a draw and clear first. Silvio Brunello and Hjorvar Gretarsson have stayed close with 3/4. Media darling Alexandra Goryachkina has had a rough going and apparently didn’t have enough time to prepare. Oleg Romanishin, once an elite player, is holding his own with the younger field. Legendary hopes to dish out a few lessons in the remaining rounds. I’m sure the local Dutch aspirants consider it an honor to play and learn from him.

Standings after Round #4 (Group A)

Standings after Round #4 (Group B)

Standings after Round #4 (Group C)